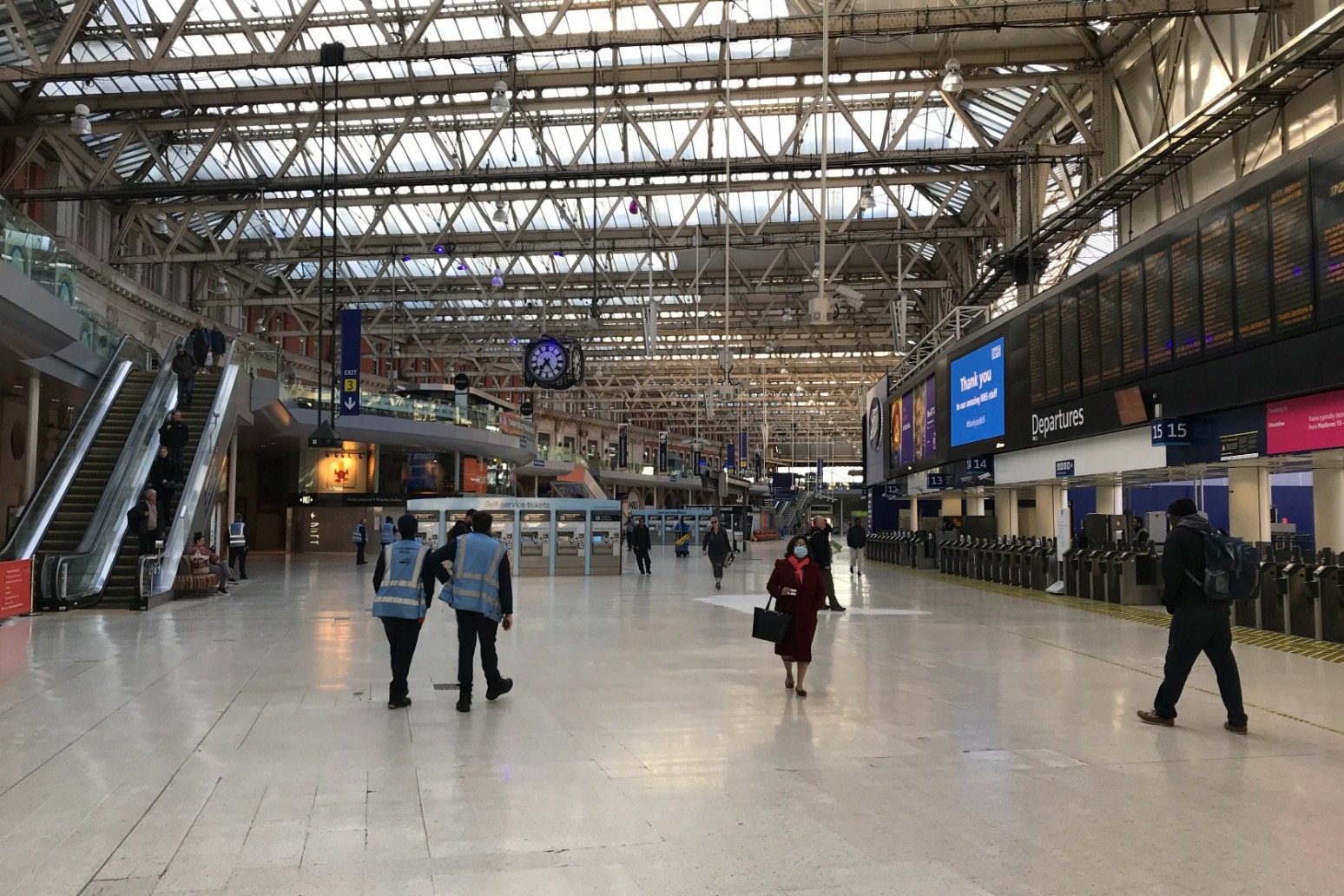 Commuters have said they are worried about having to travel on busier trains as some returned to work following the easing of coronavirus lockdown measures.

Passenger numbers remained low at Waterloo station – which is normally one of London’s busiest – during Monday morning’s rush-hour, with only a few dozen walking through the main concourse at any one time.

It came after Prime Minister Boris Johnson announced on Sunday that people who cannot work from home should be “actively encouraged” to return to their jobs, but should avoid public transport if at all possible.

Commuter Gerry Tiernan, who is head of production in the costume department at English National Ballet, said she is “worried” about increased passenger numbers.

The 54-year-old, who was travelling to Canning Town from Brentford, told the PA news agency: “I am surprised at the amount of people who aren’t wearing masks at the moment.

“It has been great travelling when no-one is around, but it is going to get busier now. It’s going to be pure luck as to whether you get it (Covid-19) or not.

“There are signs on the Tube saying ‘Keep two metres apart’ but no-one is doing it. When there are more people, it is going to be terrible.”

Doctor James Wilson, 29, who works at West Middlesex Hospital in Isleworth, said he is “very nervous” about how his commute will change over the coming weeks.

“Based on what we have been seeing in London over the past few weeks about some people not following the rules, I am not sure they will follow the two-metre distancing rule when travelling,” he said.

“We have only just got past the peak (of the virus) and I think we need to see a longer period of things being sustained at this level. If we stop social distancing, we are going to see it back in three weeks.”

Peter Osu, 45, said he was returning to work at a construction site for the first time since the lockdown started.

Speaking at Waterloo station, where every other bench is taped off to prevent people sitting next to each other, he said: “I am nervous about going back because I have a family and they have been isolating since the start. I feel like I am now putting them at risk.

“People were sitting close together on the Jubilee line (Tube) and others were having to stand. There was no two-metre spacing. This is the first day, can you imagine what it’s going to look like by the end of the week?

“It is not right at all. I listened to the Prime Minister yesterday and I thought it does not make sense.”

Valentin Iluca, from East Ham in east London, said that despite London Underground services being busier than normal, people were maintaining social distancing.

The 26-year-old construction site manager said: “The District line was quite busy, but people were sitting with a seat between each other. They were doing that off their own back.”

Mr Iluca, who has been travelling to work in Staines-upon-Thames for the past few weeks, said: “I am not too worried (about commuting) because there are not as many people as usual on the train. I think if people can work from home they should, but there are others who can’t.

Meanwhile, there were signs of increased traffic on the roads in the capital on Monday morning, with data published by location technology firm TomTom showing that the level of road congestion in London at 8am was 20%, up from 16% a week earlier.

The figures represent the proportion of additional time required for journeys compared with free-flow conditions.

However, a number of other cities showed no change in congestion levels compared with last week, including Belfast, Birmingham, Edinburgh and Manchester. 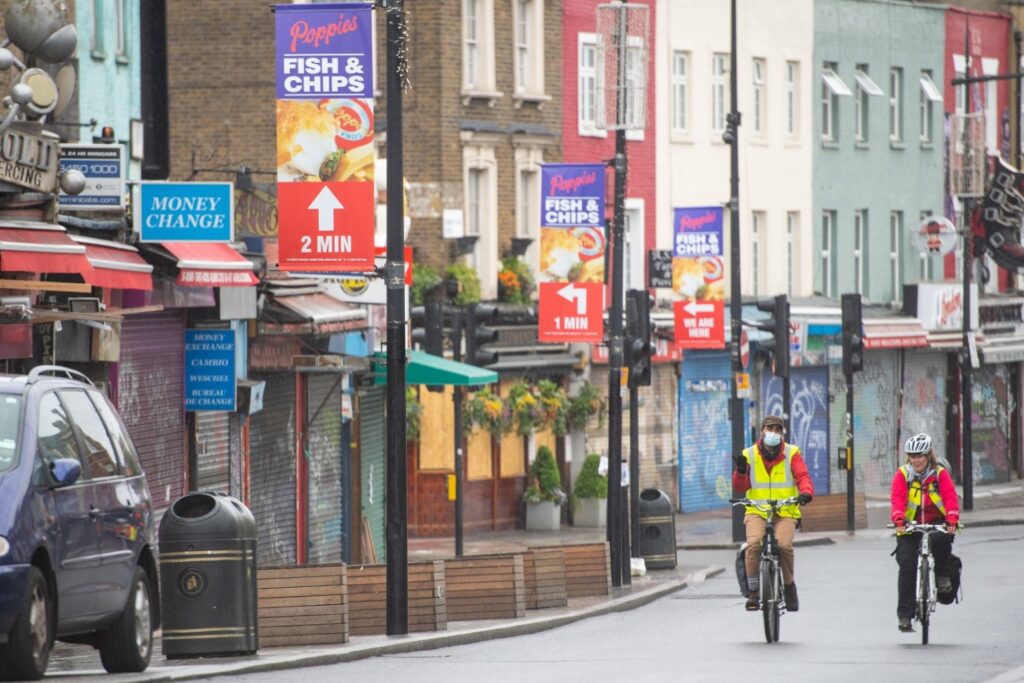 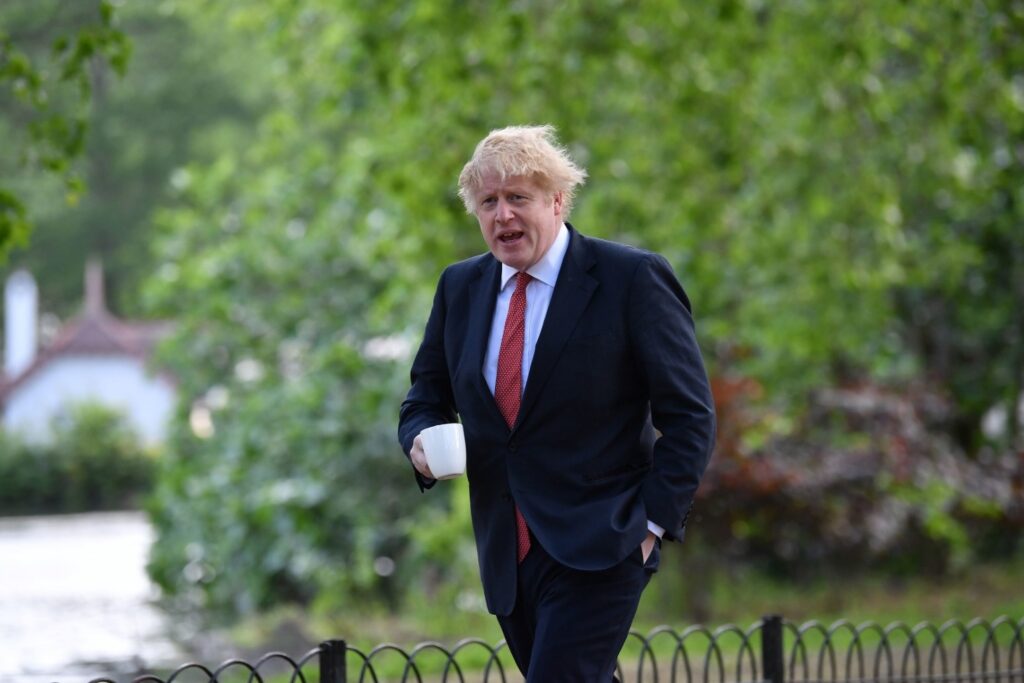