Up until mid-May our lockdown exercise has been dominated by running and indoor workouts.

Thankfully lockdown measures are beginning to ease, with unlimited exercise allowed for most households across the UK.

There are a number of sports you can now enjoy with other members of your household, providing you keep two metres apart.

While tennis courts and golf courses are opening in Burnley and Preston, there are a number of new and exciting sports you could also have a go at during lockdown.

Here are all the sports you can play while following lockdown protocol, where you can take part in Lancashire and the rules you have to abide by.

Since May 13 UK residents have been allowed to play golf, as long as you are either playing the sport alone or as part of a two ball with another member of your household.

Prime Minister Boris Johnson has allowed golf courses to reopen as long as they can prove that they can follow COVID-19 protocol laid down by the Royal and Ancient Golf Club (R&A).

Several courses have been reopened across Lancashire, including the famous West Lancashire Golf Club in Blundellsands, Towneley Golf Course in Burnley, Longridge Golf Club and Lancaster’s Ashton with Stodday course.

It’s worth giving them all a quick ring before you book because a few clubs, including Preston Golf Club, are only allowing existing members to play on the course in order to limit numbers.

The R&A have issued specific guidelines for people hoping to hit the green, advising players to avoid touching flags and stray balls as well as reminding them to remain two metres apart at all times.

Fishing is one of those precision sports that doesn’t require you to be within two metres of anything but water (unless you have a really long rod).

Fishing is another sport Boris Johnson told the British public it would be able to do from May 13 when he eased lockdown measures.

Several fisheries have reopened across Lancashire including Bowland Lakes and the Willow site at Hudsons Farms Fisheries in Preston.

There are also a number of angling group that are back up and running with organisations in Chorley, Southport and Blackpool giving the green light but, like golf courses, there are fair few rules that anglers should abide by.

If you are keen to get out on the water you should avoid competitive fishing, not share your catch or equipment with others and stay at least 15 metres away from other anglers.

You don’t need to be within two metres of one another to compete at one of the world’s oldest sports.

Archery has been a massive tradition in Britain since the Dark Ages. In fact, in 1349, Edward III banned football so that more men would take up archery and fill the ranks of his army.

The Pendle and Samlesbury Bowmen are the premier archery club in Lancashire and their range, at Nab’s Head Lane in Preston, reopened on Monday (May 25).

While the range is mainly for seasoned bowmen they do offer a package deal for newcomers to have a go.

It looks as though the Bowmen of Pendle and Samlesbury are the only group active at the moment but the Chorley Bowmen say they hope to be open for business in June.

Tennis is the only racket sport mainly played outside so it stands to reason that you are now able to channel your inner Andy Murray.

Clubs like Chorley are even keen to get beginners through the doors, so why not try something new and have a go?

The governing body, Tennis Lancashire, said: “We know how important it is for people to be active, and the particular role tennis can have in the physical and mental wellbeing of those that play it.

“By its very nature, tennis is an activity whereby close person to person contact can be avoided, with the Government saying tennis is a good example of an activity that can be undertaken in a way compliant with social distancing restrictions.

“Based on our discussions with Government and following the adjustment of lockdown restrictions, the Lawn Tennis Association (LTA) has developed a set of practical guidelines for venues, coaches and players to follow so that tennis can be played in England during lockdown, where the local environment allows.”

Players should only play with members of their own household, avoid bringing too much equipment to the court and bring clearly marked tennis balls for personal use.

On May 18, the governing body, Bowls England, told bowling clubs that it was ok for them to reopen as long as players continued to abide by social distancing measures.

Bowls England said: “The physical and mental wellbeing of our bowls community is of paramount importance.

“Bowls England wants to support those clubs that wish to reopen and members who would like to play, to do so safely and in accordance with the guidance.

“The government announced that facilities associated with outdoor sports and physical activities, including lawn bowls, may now reopen.”

Lytham Bowling Club, Deepdale Bowling Club in Preston and Ormskirk Bowling Club are amongst the clubs that have reopened, although government guidance has meant that clubhouses remain closed. 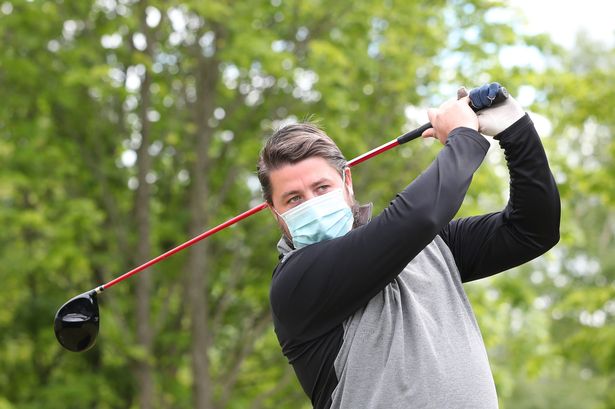 When Odeon, Vue and Reel will reopen in Lancashire and new measures