Recent figures show that black people are still more likely to be searched by police in Lancashire.

The statistics, released by the Ministry of Justice in March, show that black people living in Lancashire are five times more likely to be stopped by officers than white people.

According to the figures, 11 black Lancashire residents per 1,000 were stopped and searched by police between April 2018 and March 2019 compared to two white people.

The statistics include stop and search orders carried out under Section 60 of the Criminal Justice and Public Order Act which allows police to stop and search individuals even if there is no evidence of a crime taking place.

It also involves those searched under the Terrorism Act 2000.

Glenda Andrew, 57, is an activist who helps people of African and West Indian descent in Lancashire prove their UK status following the Windrush scandal.

She is one the founders of Preston Windrush and Descendants UK which holds weekly surgeries to help Lancashire residents.

The 57-year-old was born in Preston and says she feels safe in the county, but that is not the whole story.

“I feel safe and accepted in Lancashire,” Glenda told Lancslive.

“But I don’t trust certain aspects of life, I wouldn’t let my mum go to the hospital alone, I don’t know if people will treat her differently because of the colour of her skin.

“You could also talk to someone else and they will tell you a completely different story.

“I myself have had a good relationship with the police, Clive Brunshaw (Lancashire Police and Crime Commissioner) marched with us last year and has been to our conferences, I know if I needed to talk about anything with him I could.

“But again, other people will tell you a different story about their experiences.”

The latest statistics are even more poignant in the light of the mass race riots occurring in America, following the death of George Floyd at the hands of a police officer in Minneapolis.

Floyd’s death has led to anti-racism protests across the globe, with some expected to take place today (Wednesday June 3) in Lancaster and Preston.

Chief constables from forces across the UK have spoken in the wake of Floyd’s death and the subsequent stateside protests.

Their lengthy combined statement was posted to the Lancashire Constabulary website.

It read: “We stand alongside all those across the globe who are appalled and horrified by the way George Floyd lost his life. Justice and accountability should follow.

“We are also appalled to see the violence and damage that has happened in so many US cities since then. Our hearts go out to all those affected by these terrible events and hope that peace and order will soon be restored.

“In the UK we have a long established tradition of policing by consent, working in communities to prevent crime and solve problems.

“Officers are trained to use force proportionately, lawfully and only when absolutely necessary. We strive to continuously learn and improve.

“We will tackle bias, racism or discrimination wherever we find it.”

Lancashire Constabulary has been contacted for comment about the statistics. 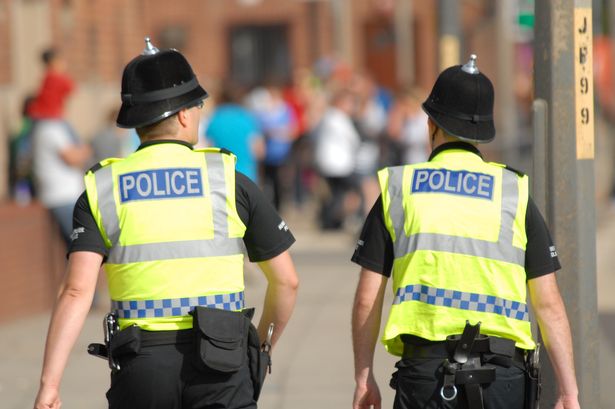