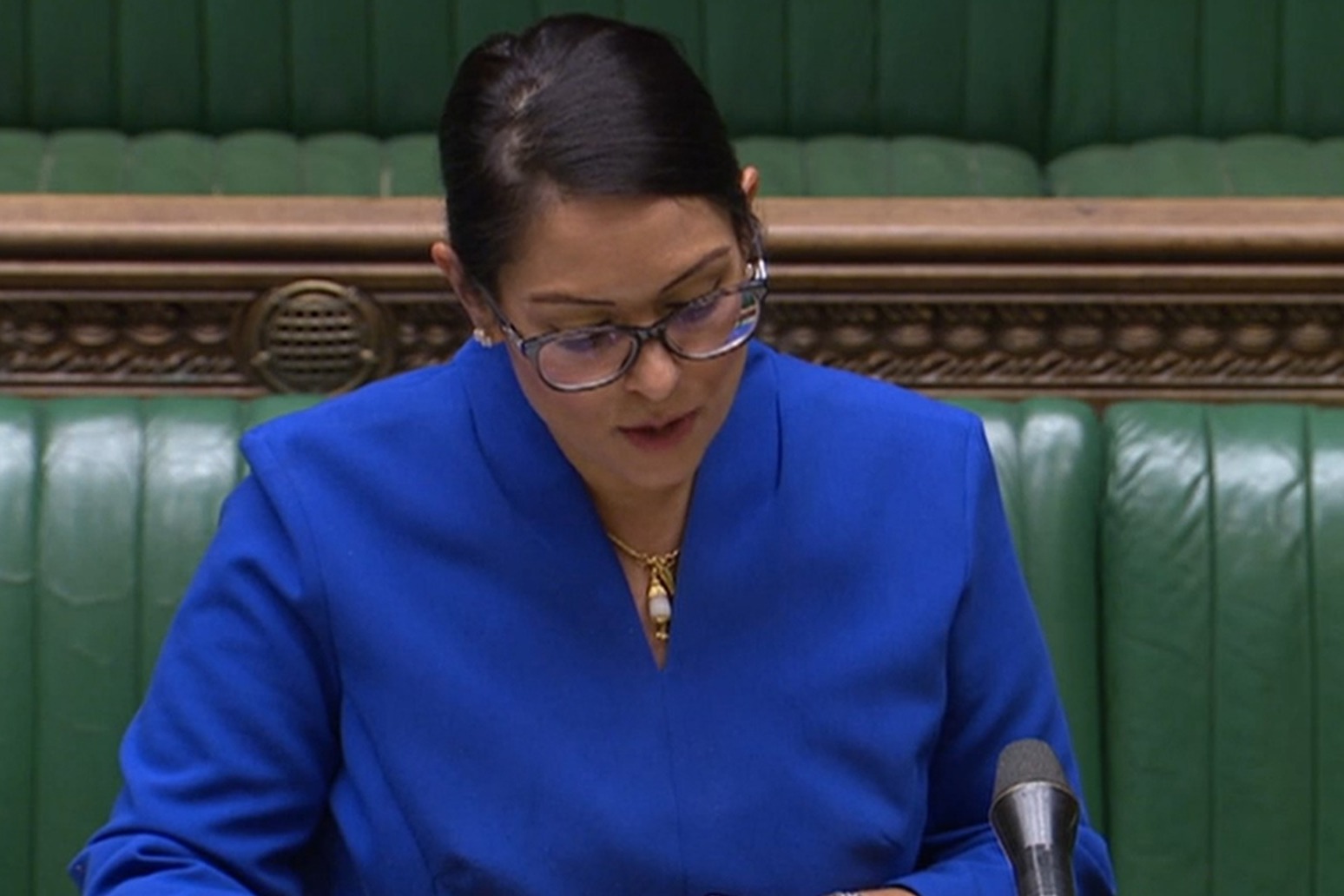 Home Secretary Priti Patel has defended plans to require most people arriving in the UK to quarantine for 14 days.

She says it’s “essential” to save lives.

Ms Patel is under pressure from Tory MPs who have warned that the measures – which are coming into force on Monday – will cause huge damage to the travel and aviation sectors as they recover from the coronavirus outbreak.

But publishing the detailed regulations for England in the House of Commons, she said they were “backed by the science” and were crucial to ensure the gains made in fighting the virus were not lost.

They include fixed penalty notices of £1,000 or prosecution for anyone who breaches their self-isolation requirements.

Ms Patel said the devolved administrations for Scotland, Wales and Northern Ireland would be laying their own regulations to set out their enforcement approaches.

“We trust the British people – and our visitors – to play their part, to act responsibly and follow the rules to control the spread of coronavirus,” she said.

“But we will not allow a reckless minority to put our recovery at risk – so there will be penalties and enforcement for those who break them.”

Ms Patel acknowledged the requirements would present difficulties for the tourism industry but said they would be kept under regular review to ensure they remained “proportionate and necessary”.

And she said they were looking at measures that would allow greater freedom in future – including establishing “international travel corridors” with countries that were deemed safe.

“These measures are backed by the science, supported by the public, and essential to save lives,” she said.

“We know they will present difficulties for the tourism industry, but that’s why we have an unprecedented package of support, the most comprehensive in the world, for both employees and businesses.

“But we will all suffer if we get this wrong. That’s why it’s crucial that we introduce these measures now.”

Ms Patel said the regulations would be reviewed every three weeks with the first review taking place in the week of June 28.

She said they were necessary now as the transmission rate in the UK was continuing to decline while international travel was likely to pick up.

“Therefore, the scientific advice is that imported cases of the virus pose a more significant threat to our national effort,” she said.

“Travellers from overseas, could become a higher proportion of the overall number of infections in the UK and increase the spread of the disease.”

However she faced strong criticism from opposition parties and some Conservative MPs over the measures.

For Labour, shadow home secretary Nick Thomas-Symonds called for the scientific advice on which measures were based to be published.

“There has to be reassurance the quarantine has a genuine public health benefit now that, according to the Government, it did not have in past months and that these measures are not just a three-week fudge to try to spare the Government embarrassment for failing to grip this issue at the right time,” he said.

“I simply cannot get my head around the public health gymnastics of this policy.

“If such a barrier was required why was it not introduced earlier in the outbreak?” he said.

“If it is a contingency measure against a so-called second wave, why apply it to countries with a lower infection than we already have?

“Surely the answer lies in Government’s test-and-trace system rather than unnecessary economic isolation?”

Theresa Villiers, another Tory ex-cabinet minister, appealed to Ms Patel to delay the implementation of the plan to enable families to take a summer holiday abroad.

“Can I urge her suspend the implementation of this blanket quarantine requirement to give just a few more weeks to get those safe air corridors in place so we can save jobs in aviation and let families go on their summer breaks in the sun?”