A woman whose aunt died of early onset dementia says she wants more young people to be aware of the disease.

Zoie Armer died on May 6 this year after suffering from both Parkinson’s and Lewes Body Dementia (LBD) which can manifest in delusions and hallucinations.

Zoie, who was from Chorley, was just 46 when she passed away and her niece, Mia Armer, aged 20, hopes she can make other more aware of both conditions.

She says watching her aunt live with LBD was like watching someone in a near constant “daydream.”

“Around a year ago she was diagnosed with LBD and her health went quickly downhill from there really,” Mia told Lancslive.

“It was like she was in a daydream and couldn’t speak anymore or feed herself, she became immobile.

“I would go and sit with her everyday and everyday I could see a difference, she started turning different colours as she got more ill and when you would go into her bedroom she would look shocked, like it took her a minute to realise who you were.”

Zoie has been described as a caring and loving woman who adored being an auntie but never had any children of her own.

She was an ever present in Mia’s life and always knew how to make her laugh.

“She would have made an amazing mother,” said Mia.

“She was so thoughtful and kind, if you were upset she wouldn’t stop trying to make you smile until you were in stitches laughing.

“She loved her family and friends more than anything and looked after all of us throughout the years.

“She loved baking cakes as well as arts and crafts, her bedroom was full of things she had up cycled and made beautiful again. She used to make the best sentimental handmade craft gifts.”

Zoie was just 36 when she was diagnosed with Parkinson’s Disease, the same illness which had killed her father.

It transpired that Zoe had inherited an aggressive gene, through her dad, which causes Parkinson’s and then LBD.

Mia: “The gene she inherited was very aggressive and doctors told her she had been hit by 15 years worth of Parkinson’s in the space of five years.

“Her shaking became more and more aggressive and uncontrollable over time.

“But she would still have a big smile on her face every time we went to see her and was still in the kitchen baking cakes.

After living with Parkinson’s Disease for a decade, Zoie was struck with another crushing blow.

In 2019 she was diagnosed with LBD, a form of dementia caused by the aggressive gene inherited from her father.

Thereafter Zoie’s health deteriorated rapidly. LBD has been known to completely alter people’s moods and concentration levels so that they experience delusions and hullucinations.

“I think me and my family did see LBD and Parkinson’s as diseases only the elderly get,” said Mia.

“That’s why it was so shocking, the gene she inherited was a rare aggressive gene which caused her to have the diseases so soon and I would like to show people that these diseases do effect younger people as well as the elderly.

“I’m a young person myself and didn’t have a clue younger adults can have these illnesses until it impacted my auntie.”

To make things worse, Mia and some of her family were unable to attend the funeral due to the coronavirus pandemic.

Mia said: “Before COVID-19 we were going to go and see her to say a few words before the funeral but, as she died during lockdown, she couldn’t have a proper ceremony.

“Only a very limited people were able to go. For the majority of the family, not being able to say goodbye properly was very painful.”

Mia is currently raising money for both LBD and Parkinson’s charities in memory of Zoie.

To find out more about LBD and its links to Parkinson’s Disease visit the Lewes Body Dementia Association website.

If you want to support Mia then please head to her GoFundMe page. 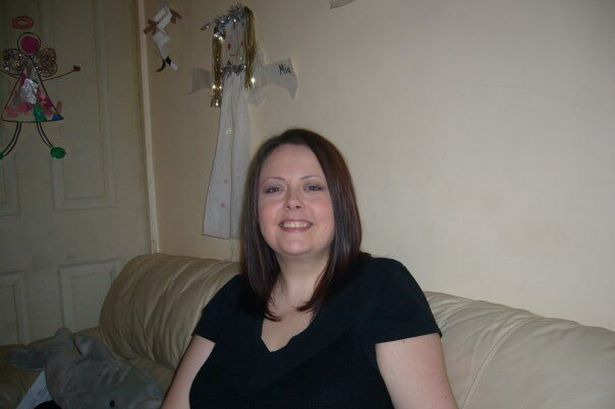