Covid patient serenaded by doctor after 50 days in critical care 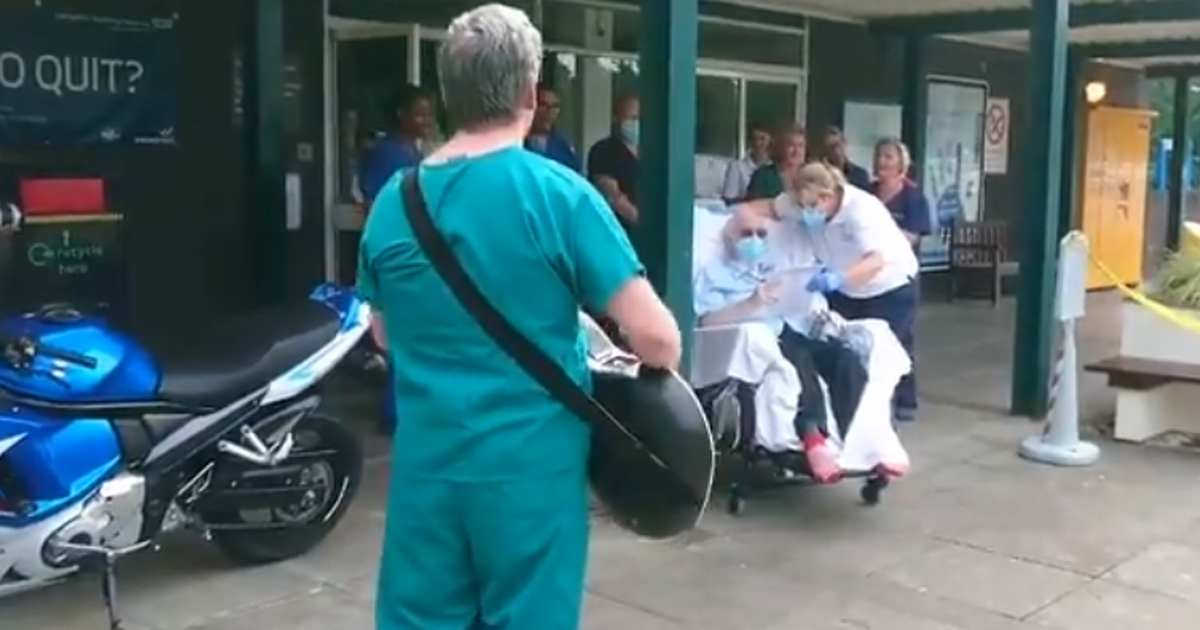 A coronavirus patient was serenaded by a doctor yesterday (June 4) having spent 50 consecutive days in the critical care unit at Royal Preston Hospital.

Roger Kenyon, 64, was taken outside the unit where he was greeted by his family and serenaded by Doctor Thomas Owen in what was described as an ’emotional moment’.

Dr Owen played his guitar and sang American Pie, as requested by music-lover Roger, surrounded by doctors and nurses who all sang along.

Following a tough battle with Covid-19, Roger is now on the road to recovery.

Dr Thomas Owen, a consultant in intensive care, said: “Roger is one of our long-stay Covid patients who has been with us for over seven weeks and has had a pretty stormy course.

“He’s now getting on the road to recovery and he got to the point where he was able to talk, so I got to know him really well and he told me he loves his music.

“Last week I sang one of his favourite songs to him and he loved it, so I told him I’d come back next week to do the same.”

This week the critical care unit had the idea to bring Roger outside to get some fresh air, where he was also greeted by his family at a safe distance.

“We try and get all of our patients outside as soon as they are stable and well enough as it’s good for their mental health to get some fresh air,” Dr Owen explained.

“It was a massive team effort to get Roger where he is so it was also a lovely sense of achievement to see him outside.

“We were joined by all the doctors, nurses, physiotherapists, occupational therapists, who put in an awful lot of hard work.

“It’s not just about the medical side, we wanted to go the extra mile to make his mental health better.

“We try to really get to know all of our patients and find out what they like, and for Roger that’s music.

“It was lovely to see him happy.”

Dr Owen has been playing guitar for several years alongside his duties at Royal Preston Hospital.

He asked Roger what song he’d like him to play and his response was American Pie.

“He loved it and he was quite emotional,” said Dr Owen.

“It’s been a long road for him, so to be outside with his family and hearing music, he really enjoyed it.”

The video, posted by @CriticalTherapy, was shared on Twitter and received a great response with people pleased to see Roger recovering and the efforts made by the critical care unit. 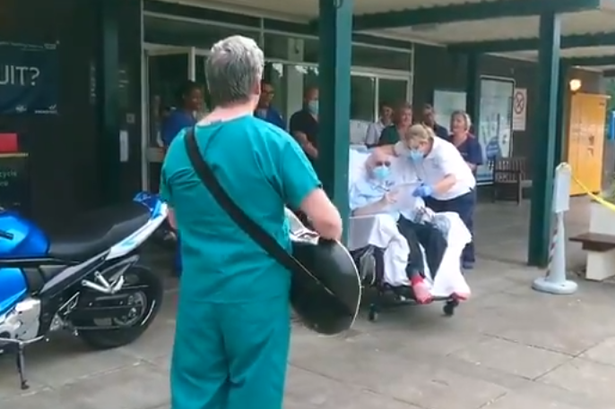 Police officers witness ‘new low’ in 32 years on the force

Coronavirus figures for every area in Lancashire on Friday, June 5