Kate Garraway has given an emotional interview on Good Morning Britain today as she opens up about husband Derek Draper’s condition.

GMB presenter Kate, 53, hasn’t been on the show since Derek, from Chorley, was rushed to hospital after contracting Covid-19 in late March.

Kate has spoken about the moment Derek became ill and the heartbreaking goodbye he gave to her and the children before he was taken to hospital and put in the intensive care unit.

In the interview this morning (June 5) with GMB presenters Ben Shephard and Ranvir Singh, Kate recalled how for the first few weeks of Derek’s illness, she was on ‘breaking news mode’ and not letting the emotions get to her.

Her aim was “fight for Derek, keep life safe for Darcy and Billy.”

But you can’t keep that up forever, she said. She told GMB: “Two weeks ago, I probably did crash because you cant stay like that forever. The problem is I have huge hope, a massive positivity because Derek is the core of my live and our lives. But at the same time I have absolute uncertainty.”

Derek has been in hospital for ten weeks after testing positive for Covid-19, despite reportedly not having any underlying health concerns.

“He just got it very very badly and we don’t know why,” said Kate.

There is still so much unknown about the killer virus.

Kate added: “The doctors don’t know because they’ve never seen this before. One doctor said to me he is the worst affected person he’s had to treat that’s lived.

Recalling the moment Derek became ill, Kate said: “I just had this weird feeling. I took his temperature and he didn’t have either. He said I think I have sinusitis.

“We got some antibiotics. Over the weekend, we were talking to each other and I said you don’t look great but no real feeling it was Covid-19. There were none of those symptoms.

“On Monday, March 30, I came home and I came in and said you look ill and he said ‘I don’t feel well, I have a splitting headache and am numb in my right hand’.

“He said I’m struggling to breathe. I tried to get through to 111, and couldn’t so I rang Dr Hilary.”

Doctor Hilary listened to Derek’s breathing. “He said put me back onto Kate and said I think you need to call an ambulance,” Kate added.

“The ambulance came and two medics came and did a thumb test. His oxygen was very low, but still didn’t have a temperature or cough. We helped him down the stairs. He never really gets ill Derek. Then he said to Darcy and Billy you’re the best children anyone could ever ask, look after mum, went into the ambulance and that was it. Went into hospital and went straight to intensive care.

“In that first week it looked like he was rallying, the doctors were very positive. But he was very bad. He was begging me ‘I can’t stand this I feel like I’m suffocating every second of the day’.”

Kate recalled how he wanted to go in a coma, but doctors rightfully didn’t want to rush into doing so too soon.

“On the Sunday morning they rang me up and the doctor said we’re going to put him into the coma because overnight we think we need to do that. He said I love you and I said it’s only for three or four days, and he said you’ve saved my life and I don’t mean just now I mean everything, being married to you and the children and I said I love you I love you. And that was it.”

And then he was put into a coma, which he remains in now.

Kate has been calling into the hospital where Derek is staying so that he can hear her voice, but he has remained unresponsive.

She wanted to reassured viewers however, saying: “Derek’s situation is incredibly rare, and we don’t know what effect that will have on him. It’s incredibly rare. The damage he’s got, he’s one of five people. At the beginning, my prayers were all let him live.”

Kate says she has also had the virus but had it “mercifully mildly.”

“Now there are more and more people that are living with completely unforeseen consequences and unknown,” she added.

“For some people there are going to be big conseqences.”

In a tearful moment of gratitude, Kate expressed her thanks to at the hospital staff who have been caring for Derek.

She added: “I can’t say enough about all the teams that have been involved and the nurses, but its a war. This is a war which Derek is fighting and tens and thousands of others.”

Her co-presenter Ben Sheppard said: “It’s a miracle Derek is still with us.”

With Kate responding: “It is an absolute miracle that hes here. I keep saying god I know I’ve have a miracle but if I could just have on more and he can just make that next step.” 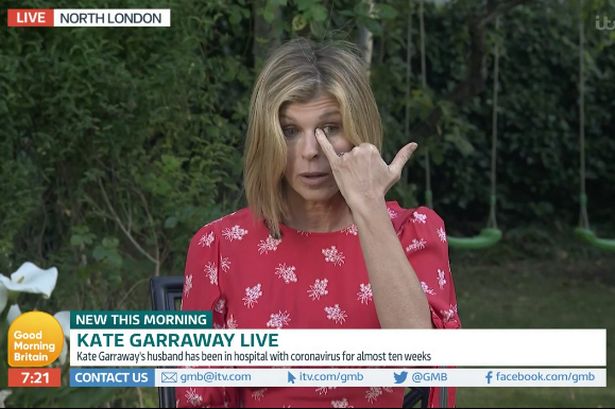 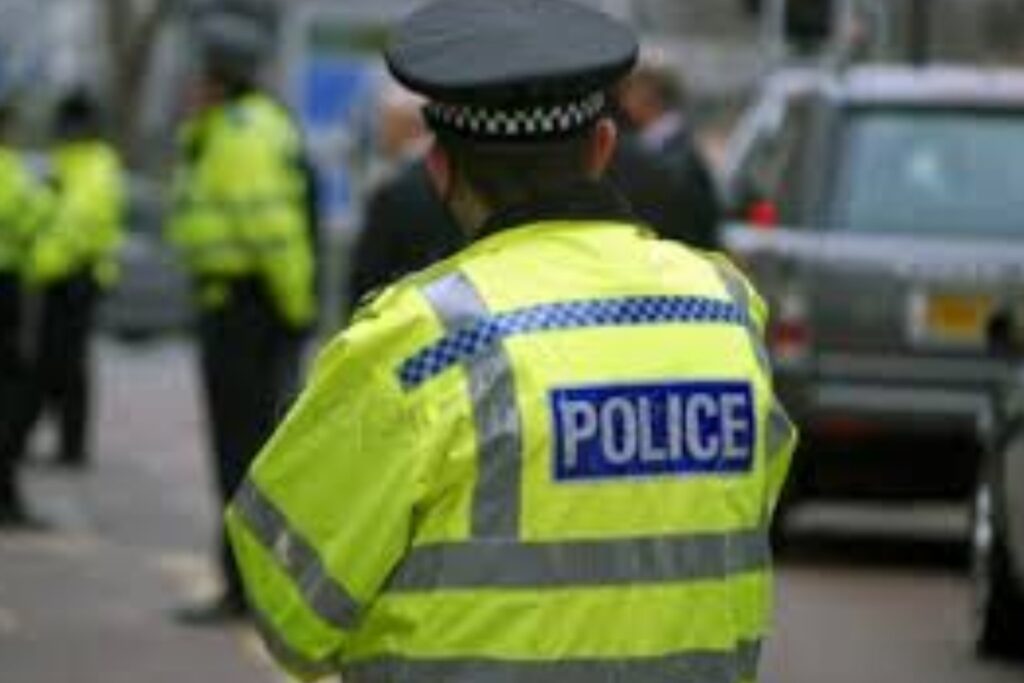