A Lancashire MP has clashed with his own county council over its decision to go against Government guidelines and not send children back to school on June 1.

Conservative MP Ben Wallace, who represents Wyre and Preston North, has reportedly hit out at the Tory-run Lancashire County Council for delaying its return date for pupils who aren’t children of key workers.

But the county council in Lancashire said no to the PM’s plans, with its Director of Public Health, Dr Sakthi Karunanithi, saying there is a “significant risk” that it would not currently be possible to contain any outbreaks of coronavirus which could occur.

Now, emails seen by PoliticsHome from Mr Wallace, who is Secretary of State for Defence, to the county council reportedly say he is demanding to know why Angie Ridgwell, Chief Executive of Lancashire County Council, decided it unsafe to allow more children back to school from June 1.

It reports that Mr Wallace was “disappointed to say the least” in the decision, questioning why there was no discussion taken by the county council’s Tory-run cabinet and no decision to let district councils make their own decision to partially reopen, or not.

Mr Wallace’s disagreement comes as new analysis of Covid-19 figures show two areas in Lancashire have not yet reached their coronavirus peaks.

These are the two districts of Preston and Wyre; the two areas in Lancashire in which Mr Wallace is an MP.

The revelation comes from analysis of ONS data by the Telegraph, showing 18 councils in England and Wales are behind on the trajectory of the virus.

Carlisle in Cumbria is also included on the list.

Meanwhile, Lancashire schools could reopen to more pupils from June 15 if advice changes in a review set to take place next week.

On Monday (June 8), Dr Sakthi is set to review whether it is now safe for schools to reopen.

If not, a review will take place on every following Monday until it is deemed safe enough for pupils to return to classrooms.

It is understood that the final decision to reopen schools remains with headteachers and governors.

Speaking on Wednesday (June 3), Dr Sakthi said: “I appreciate this advice has caused concern to some people.

“We all want to see children back in school as quickly as possible, but we must make sure we safeguard the health and well-being of children, families and staff.

“Having reviewed the statistics which showed there had been an increase in confirmed positive cases of coronavirus at a time when the NHS Track and Trace system had launched, but was not fully operational, my professional opinion was that it was not yet safe for schools to open to more children

“As we work across Lancashire and with our partners in the NHS and Public Health England to build a responsive and effective track and trace system, I will be reviewing this advice and updating guidance to schools and parents as appropriate.”

Both Lancashire County Council and Ben Wallace have been approached by LancsLive for comment on the situation. 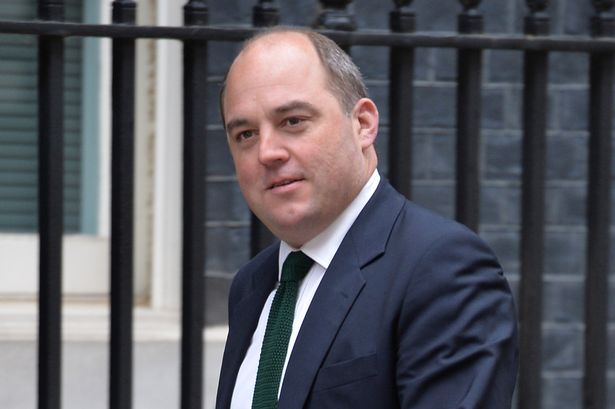 Man comes within a millimetre of paralysis after freak accident