Man comes within a millimetre of paralysis after freak accident

A cyclist was left with a severely fractured neck, a broken sternum and bruised heart after a freak accident.

Dale Newman, 42, from Southport, was enjoying a ride through Gisburn Forest with his friend when he skidded on the wet grass and ploughed headlong into a brick-lined ditch.

Dale’s friend, Andy Dowd, found the him lying in the ditch minutes later with no memory of how the crash had occurred.

The Yorkshire Air Ambulance were dispatched to the scene and Dale was flown to Preston Royal Infirmary, he had a myriad of serious injuries and was just a millimetre away from being completely paralysed.

“I had fractured and split six vertebrae, two of them were crushed,” Dale told LancsLive.

“The injury I got is nicknamed the hangman’s fracture, one of my vertebrae was practically split in half and it came within a millimetre of severing my spinal column.

“I’m lucky to not be paralysed but also lucky to still be here.”

Dale, who has been a serious mountain biker for around five years, had decided to take on the Hully Gully trail, one of the harder paths in Gisburn forest.

The 42-year-old says he had completed the hardest part of the trail when he had the accident, on August 25, 2019.

Dale said: “There’s a lot that I don’t remember, I only remember before the accident and the actual impact.

“I don’t remember how I actually lost control, only that everything was going fine. I think I slipped on the grass, missed the upcoming bridge and did a Superman jump over my handle bars and into the ditch.

“My head hit the brick lining of the ditch and compressed my spine.”

Miraculously, after suffering such severe impact, Dale didn’t think he had been badly injured when he first regained consciousness.

His friend Andy found him in the ditch and they both walked to nearby barn to get some phone signal and call the ambulance.

“It was only at the barn that it dawned on me that it could have been something more serious,” said Dale.

“The adrenaline was wearing off and I was in more pain. When the air ambulance arrived they took me straight to Preston hospital.”

Later that day Dale was given a CT scan which confirmed the worse, he had sustained horrific injuries.

In addition to his hangman’s fracture and crushed vertebrae, he had broken his sternum, collarbone and even bruised his heart.

He remained in hospital for 11 days.

He said: “I was so lucky that I didn’t need to have surgery.

“Instead I had this full body brace, I had one for night and one for day, it kept everything in place and stopped me moving.

“Luckily it did its job and I will make a full recovery.”

Although Dale came within a hair’s breadth of severing his spinal column he will soon be able to return to normal life.

The injuries will have no long lasting effects and he is even looking forward to getting back on his bike.

“To begin with I was terrified of getting back on a bike,” said Dale.

“But I know that you have to have something to work towards, if I never got back on a bike that accident would have taken something from me.

“To begin with I did keep replaying the accident in my head. It was always there, it was like someone pressed play when I closed my eyes.

“It got to the point where I didn’t even what to go to sleep.”

Dale was diagnosed with a form of Post Traumatic Stress Disorder following the accident.

But thankfully he was able to seek out Cognitive Behavioural Therapy and make a full recovery.

Dale’s close shave will feature on an episode of Helicopter ER which airs at 9pm on Channel Really on Monday (June 8).

Helicopter ER is made by York-based Air Television who have won five Royal Television Society awards for their work on the compelling series.

Yorkshire Air Ambulance (YAA) serves millions of people across Yorkshire and carries out over 1,500 missions per year. The charity operates two, state-of-the-art Airbus H145 helicopters and needs to raise £12,000 every day to keep saving lives. 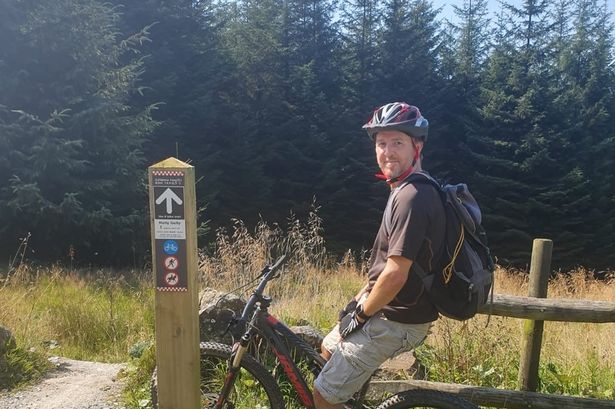 Coronavirus figures for every area in Lancashire on Friday, June 5