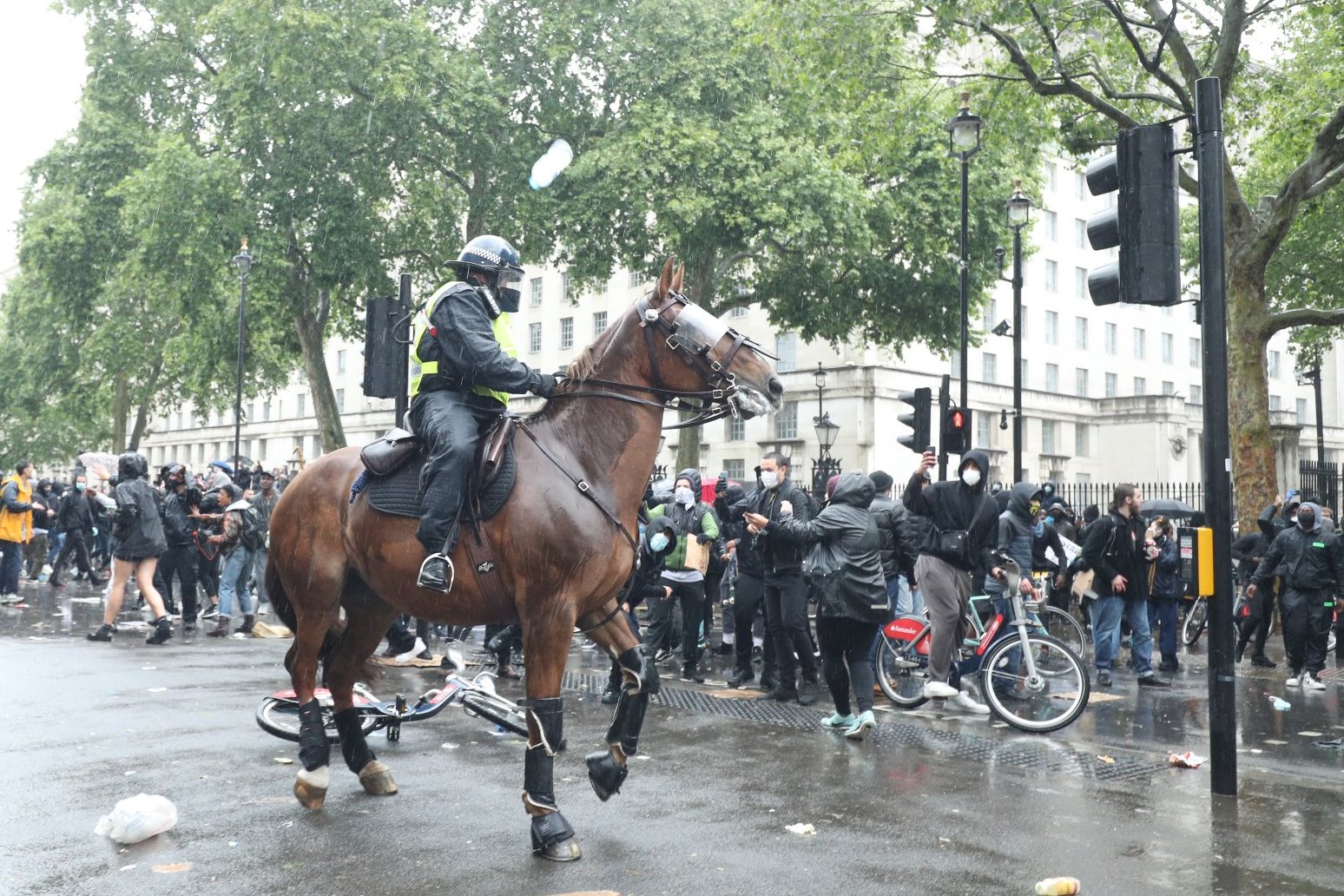 More anti-racism demonstrations will take place across the UK after police and protesters clashed the day before.

A Black Lives Matter (BLM) rally is scheduled outside the US Embassy in London’s Battersea, an estimated 4,000 people are expected at a BLM gathering in Bristol and demonstrations will also be held in Edinburgh and Glasgow.

It comes as violence in the capital on Saturday left 10 police officers injured and 14 people arrested after the Metropolitan Police said the crowd became “angry and intent on violence”.

Superintendent Jo Edwards said police understood “people’s passion to come and let their voice be heard”, adding that most members of the public protested without incident.

However, Supt Edwards said it was”totally unacceptable” that 23 officers had been injured while policing demonstrations in recent days and a “post-event investigation” would take place.

Police were out in significant numbers for the marches and demonstrations through London, including outside the US Embassy, in protest against police brutality following the death of George Floyd in Minneapolis.

The London protest was carried out peacefully for much of Saturday afternoon, but disturbances began breaking out at around 6pm.

Scuffles broke out when missiles were thrown at officers wearing protective gear, with mounted police called in to drive some of the demonstrators back along Whitehall.

Video footage appeared to show an officer colliding with a traffic light before their horse ran through a crowd of protesters, sending them scattering.

The Metropolitan Police later confirmed a female officer fell from the horse and had been taken to hospital. Her injuries are not life-threatening.

Photographs showed the officer being treated at the scene as she lay injured on the pavement, while other images showed bikes being thrown at horses.

Officers are also “investigating the full circumstances” of the officer’s fall, but the Met said the horse made its own way back to its stables nearby.

Glass and plastic bottles were thrown towards officers along with flares, while graffiti was daubed on nearby buildings, including the Cabinet Office, and a small “BLM” motif was painted on the Cenotaph.

Many people wore face masks and social-distancing measures were encouraged during events in Manchester, Cardiff, Sheffield and Newcastle, among other cities.

But people wanted to show solidarity with campaigners in the US and to highlight incidents when black and ethnic minority people in Britain have been victims of racial discrimination and violence at the hands of police and others.

In a speech shared online, 30-year-old Joshua said: “We can no longer sit back and remain silent on this senseless, unlawful killings and sly racism on another human being – based on what? Only their skin colour.

“We need to speak out in peaceful demonstrations – just like today, so well done Watford. We must not use a demonstration for selfish motives and turn it into rioting and looting.”

And an online protest organised by Stand Up To Racism – North East drew an audience of several thousand, who listened to speakers including Janet Alder, whose brother Christopher died in police custody in Hull in 1998.

A online version of Sunday’s London BLM demonstration will be held on Facebook Live from 6pm for those unable to attend in person.

Demonstrations continue in the US over George Floyds death 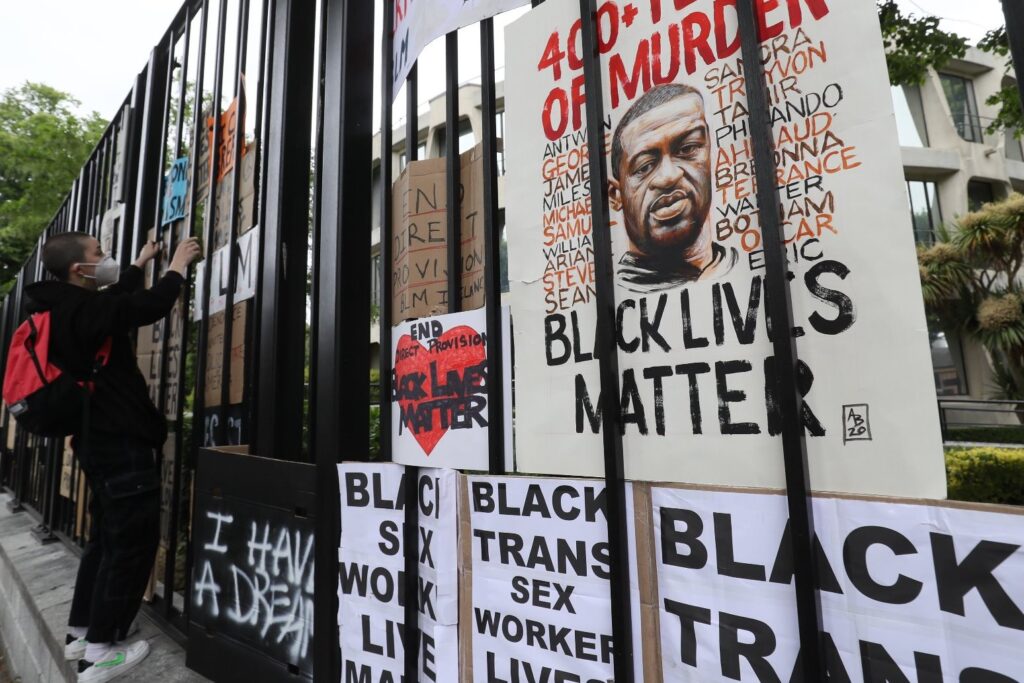 Have you seen missing Andrew Harris, from Langho? 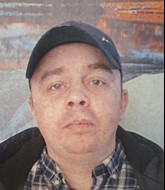