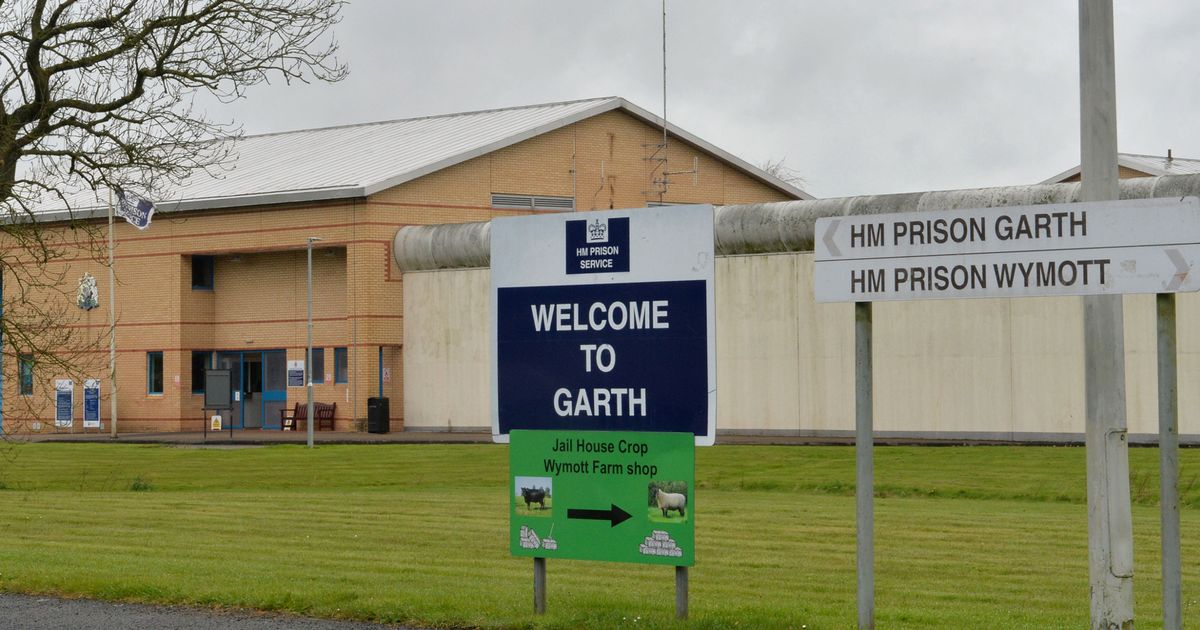 A troubled Lancashire prisoner took his own life after being illegally held in isolated custody without essential medication, access to showers, exercise, or telephone calls.

Andrew Patrick Jones, an inmate at HMP Garth near Leyland, died by suicide on November 22, 2018.

An investigation by Dr James Adeley, Senior Coroner for Lancashire and Blackburn with Darwen found that at the time of his death, the 37-year-old was being held in isolated segregation following an incident concerning only himself in the early morning of the previous day.

But while segregated, he received no physical or mental healthcare assessments as well as no basic care needs, including shower access, exercise, and telephone calls.

Andrew had his prescription of Quetiapine, a mood stabilisation medication, taken away.

His supply of opiates, through Tramadol for severe back pain, was also removed, leading to opiate withdrawal symptoms.

A hearing into the incident that happened on November 21 had been expected to take place on the morning of November 22 but was delayed after other hearings overran.

Still in isolation, Andrew was not informed of this until the afternoon of November 22, after he asked what was going on.

A decision to delay the hearing until November 23 was then taken. But this information was not relayed to Andrew or the wing of the prison in which he was being segregated. He remained in isolation.

This resulted in a clear breach of prison rules, Dr Adeley’s investigation found.

In a report into Andrew’s death in the hope of preventing further prison deaths, Dr Adeley said that Andrew was being “unlawfully segregated”.

He said that while prisoners can be segregated prior to hearings for a de facto four-hour period, there was “no legitimate reason” to segregate Andrew.

This was because he could not collude or intimidate anyone “as no one else was involved” in what had happened on November 21.

Senior prison staff admitted the segregation was illegal and that Andrew should have been returned to his prison wing at the end of the initial de facto window.

The jury at the nearly three week long inquest looking into Andrew’s death found that “prolonged confinement in his cell was detrimental to Andrew Jones’ mental health and contributed to his death”.

The jury found that “a failing by senior management to ensure understanding of, proper use of, and monitoring of” the segregation rules was of “greatest contribution” to Andrew’s death.

The jury, which found its conclusion on March 19, 2020, ruled that the prison’s healthcare system failed to pick up on Andrew missing three separate medications over a 48 hour period.

To be segregated, Andrew had been transferred from B Wing to C Wing in HMP Garth.

On B Wing, officers would shout out that medication was now available for pick up, with inmates then buzzing to be unlocked from their cells.

Unbeknown to Andrew, this practice did not happen on C Wing, with Dr Adeley saying it is likely he was waiting to hear prison staff call out.

Instead, C Wing would unlock the cells of those on a healthcare list to collect their medication.

But because Andrew had been hastily transferred on the morning on November 21, he was not on the healthcare list. His cell therefore remained locked and he received no medication.

Dr Adeley reports that the first indication that healthcare staff were aware of Andrew being on C Wing was at midday on November 22; more than 24 hours after being moved there.

By this point, he would have been experiencing a reduction in mood stabilisation and significant symptoms from opiate withdrawal, Dr Adeley found.

Ultimately, the jury found that there was a “gross failure to provide even basic care for a fully dependent person”.

It added that “every opportunity to provide this care was missed”.

The jury concluded by saying Andrew’s death “was contributed to by gross neglect”.

The report by NHS England said that Andrew’s physical healthcare needs “were appropriate and timely and his healthcare medications were prescribed appropriately”.

It added that Andrew “received healthcare equivalent to that which he could have expected to receive in the community”.

“This statement is almost entirely inaccurate and is based upon inadequate medical evidence,” Dr Adeley said.

The consultant psychiatrist assessing Andrew’s death said that a number of factors including stopping his mood stabilisation drugs; no access to a shower, telephone or exercise; a sudden stop in opiates resulting in opiate withdrawal symptoms; removal of positive factors; no hearing taking place; and a lack of distraction activities created the “perfect storm” and contributed to Andrew’s death.

The consultant psychiatrist added that Andrew’s emotionally unstable personality disorder would have resulted in him experiencing increased levels of back pain above that of the normal person, enhanced through the withdrawal symptoms from a lack of opiates.

During his research into preventing further prison deaths, Dr Adeley found that there was no evidence of Andrew being assigned a Personal Officer, whose job would have been to gain a greater knowledge of Andrew through regular interaction.

He found that there was no attempt to explore Andrew’s behavioural issues, which related to increasing paranoia and back pain.

This meant there was no knowledge of what instances involving these issues result in if he continued with this behaviour.

And this was despite Andrew having previously self-harmed on October 26, 2018 – less than one month before he died – citing pain issues relating to his Tramadol dose being reduced in favour of remedial gym and physiotherapy.

This was documented in a review three days before Andrew died. But the Senior Officer who undertook the review did not make his entry into the prison record until after the altercation had occurred on the 21 November.

Staff on C Wing were also not told about the risks to Andrew’s well-being, with the opportunity to then reassess the risk missed.

An Assessment, Care in Custody and Teamwork case should have then been opened, Dr Adeley reported, which would have addressed Andrew’s medication needs.

He said that if the case had been opened, “the approach to segregation would have been markedly different”.

Dr Adeley also found that the illegal use of segregation was “routine practice” under rules which had been brought in at HMP Garth some three to four years prior to Andrew’s death.

He estimated that between 600 and 700 prisoners had, in this time, been isolated beyond the de facto four hour period allowed under segregation laws.

He noted: “This is a substantial understatement of what was taking place at HMP Garth.

“Since the time of introduction, on a jail wide basis, prisoners were routinely segregated behind their cell doors for periods after the initial four hours had expired without any of the safety features of segregation including assessment by healthcare to determine if segregation would adversely affect the health of the prisoner, authorisation by a Governor, regular checks, etc.”

Dr Adeley concluded with a stark warning over the situation at HMP Garth.

He said: “Five years ago I rarely saw any deaths from HMP Garth and those that I undertook were normally well-managed.

“This demonstrates a substantial alteration as to how the jail approaches risk.”

LancsLive has approached the Ministry of Justice, which operates HMP Garth, for comment. 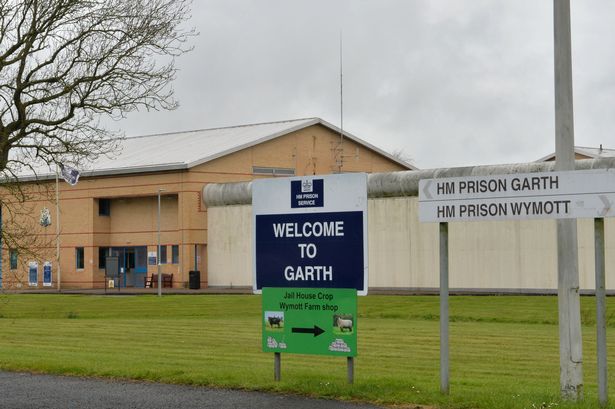 Woman left disabled after sneezing thanks stranger for message of hope