League One and League Two vote to end seasons 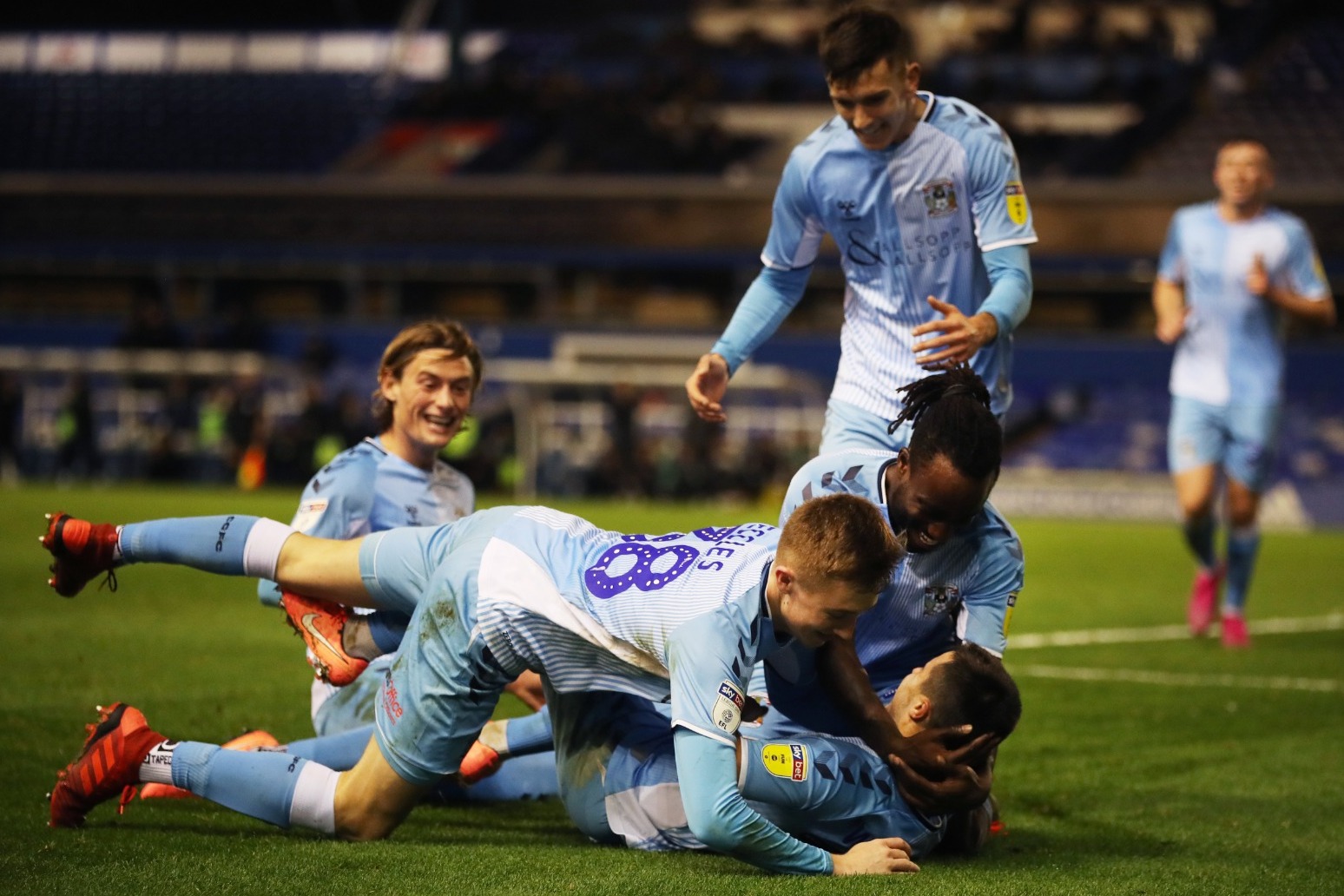 The regular season in League One and League Two is over after clubs voted by an overwhelming margin to cut the season short due to the coronavirus pandemic.

Clubs opted to use a framework for ending the season put forward by the English Football League board, which meant the final table would be calculated using an unweighted points-per game basis.

The framework retained promotion, relegation and the traditional four-team play-offs.

As a result, Coventry and Rotherham have been promoted to the Championship, while Wycombe, Oxford, Portsmouth and Fleetwood will contest the play-offs, with the dates for those matches to be fixed in due course.

Tranmere – who had proposed an alternative framework to the one chosen by the clubs – have been relegated to League Two, along with Southend and Bolton.

Swindon, Crewe and Plymouth have been promoted to League One, while Cheltenham, Exeter, Colchester and Northampton will contest the play-offs, with the first legs of the semi-finals taking place next week.

As things stand, Stevenage will be relegated to the National League but Macclesfield could yet finish bottom if they incur further points deductions for alleged breaches of EFL regulations.

League Two clubs had indicated an intention to curtail the season at a meeting last month, with concerns over the costs of playing behind closed doors and of coronavirus testing uppermost in the thoughts of their chairmen and chief executives.

Forest Green chairman Dale Vince said his club was the only one at League Two level who voted to play on, and now hopes the EFL can work towards a September start date for the 2020-21 season.

Vince told the PA news agency: “I think it’s been a good day for football. The vote this morning was a good common sense outcome which respects the integrity of the game as far as that’s possible when you don’t finish the season.

“And then the vote this afternoon was not unexpected. The vote to end League Two prematurely, we knew that was coming.

“We voted to play on but we were a lone voice sadly. So we at least have some certainty now, we know what’s happening, and we can focus on the new season which I hope may start in September.”

The League Two play-offs will start next week, with Colchester taking on Exeter and Northampton hosting Cheltenham on June 18 in the semi-final first legs.

The return matches will be played on Monday, June 22, with the League Two play-off final scheduled for Monday, June 29, kicking off at 7.30pm.

The Championship is set to play on, with a start date set for June 20. The fixtures and televised games have been agreed, with those regular season second-tier matches not on television available for streaming by season ticket holders of the clubs involved.

Earlier in the day the clubs had voted to adopt the EFL board’s model for ending the season.

There were two alternative frameworks under consideration – one from Barnsley which scrapped relegation in the event of a season being curtailed, and one from Tranmere which added a margin for error to the basic points-per-game calculation.

There were also three amendments to the EFL board proposal put forward by Lincoln, Ipswich and Stevenage respectively, but the main board proposal was voted through without any changes.

EFL chairman Rick Parry said: “Whilst it has always remained the board’s position to play the remainder of the season where possible, the decision reached at today’s meeting follows a full and considered consultation period with our member clubs.

“The board has endeavoured to listen to all views and alternative approaches but understands that the decisions taken will not be met with universal satisfaction from all clubs.

“Today’s outcome ensures that the league and its clubs remains as faithful as possible to the previously agreed regulations and that there is consistency in the approach adopted across the EFL in all divisions if required.

“It is clear that the challenges facing the league from the outbreak of the COVID-19 pandemic are unprecedented and I thank the contribution of EFL clubs in making this important determination.”

Coronavirus figures for every area in Lancashire on Tuesday, June 9

Road closed and driver arrested after crash in Kirkham