What it’s like being diagnosed with breast cancer during lockdown

A Preston mother has shared her experience of cancer diagnosis and treatment during lockdown.

Donna Carey, 39, was told that she had stage two breast cancer on April 17, while the UK was experiencing the most stringent lockdown measures.

Donna has detailed her struggle with cancer while living through a global pandemic, from being unable to see her father until after she had a life changing mastectomy, to having consultations over the phone.

The 39-year-old, who lives with her seven-year-old son Joel, says the pandemic has altered how she continues to access her treatment.

“I think the hardest thing has been going to everything on my own,” Donna told LancsLive.

“A lot of my consultations have been done on the telephone, which has been tough but understandable, they don’t want extra people in the hospital.

“I’m quite an emotional person and so going to surgery on my own was very hard, I was dropped off and left at the door, I spent a lot of time waiting on my own.”

Donna’s diagnosis came totally out of the blue after she found a lump under her arm on April 2.

Due to the COVID-19 pandemic she was immediately referred to the breast clinic in Chorley.

She said: “I don’t check myself, I know I should do, especially now.

“I crossed my arms and felt a lump underneath my armpit. I was referred straight away to the breast clinic in Chorley.

“They pretty much told me there and then what they thought.”

The 39-year-old was told over the phone that she had stage two breast cancer, just 15 days after first finding her lump.

“The phone calls have been strange, I feel like you get more opportunities to ask questions when its face to face,” said Donna.

“I already expected the diagnosis when I got it but then they talked about surgery which was a shock.

“They had found another lump and told me I was to have a mastectomy.”

Donna had to go through her surgery alone before returning home to Joel.

Once her surgery had concluded, Donna was able to see her father for the first time since she was diagnosed in April.

She said: “I haven’t been given a letter to shield but I have been told by the doctors to be careful, I can only see people one to one, strictly socially distanced.

“My mum comes round and so does Joel’s dad Darren but I wasn’t able to see my dad for a long time.

“I was able to see him for a little bit in the garden for the first time since I was diagnosed, that was really hard, not being able to touch him.

“I probably won’t see him again for a long time now. “

Donna was then informed that she would have to undergo several rounds of chemotherapy and radiotherapy.

Before Donna received her first dose of chemo on Monday (June 8) she decided to do a sponsored head shave for Rosemere Cancer Foundation in Preston.

“I didn’t want the big emotional moment of waking up and finding my hair on the pillow,” said Donna.

“I wanted to control the therapy and not let it control me. My son helped with the head shave, I think he was quite excited.

“He’s done really well with everything going on. Me and him have talked and I’m hoping that we will have a big Christmas together.

“It’s going to be rough but I will get better.”

Donna will undergo  chemotherapy until September before switching to bouts of radiotherapy.

She is staying positive and hopes she can return to her work as a special needs teaching assistant at Acorns Primary School in Preston.

If you wish to support her in raising money for Rosemere then follow her JustGiving link here. 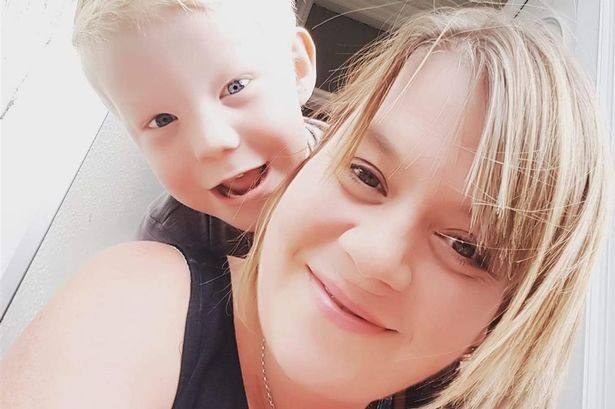 Coronavirus figures for every area in Lancashire on Tuesday, June 9