An appeal has been launched to raise money for ‘urgent’ restoration on Preston’s most notable landmark which has begun to ‘decay and deteriorate’.

St Walburge’s Church, in Ashton-on-Ribble, needs £3.5m for a five-year project which will see vital work carried out on the roof, the stained glass windows and in improving disabled access.

The building, which opened in 1854, has been described as ‘one of the most important’ Catholic churches in the country and is famous for having the tallest spire of any parish church in Britain.

It is a Grade I listed building and is currently under the care of the Institute of Christ the King Sovereign Priest.

The campaign has been launched to tackle the ‘inevitable decay and deterioration’ of the church and its subsidiary buildings following a long period of neglect.

Organisers have laid out the programme of works, which will be carried out in four phases over five years.

To help reach the £3.5m target and generate further funding for the urgent restoration project of St. Walburge’s, the Shrine Church is set to apply to grant organisations such as the Heritage Lottery Fund, Albert Gubay Foundation, All Churches Trust and Garfield Weston Foundation.

Every £1 raised will be match-funded by the Heritage Lottery Fund.

Following a diocesan reorganisation to cope with the falling numbers of priests and church attendees, St. Walburge’s faced being decommissioned and was given a seven-year stay of execution in 2008.

It would have closed if no other use for it had been found.

After 12 months of negotiation by Bishop Michael Campbell of Lancaster and Monsignor Gilles Wach, General Prior of the ICKSP, St. Walburge’s new lease of life was secured.

Its current parishioners are willing to assist the urgent restoration project by launching their own fundraising ideas.

St. Walburge’s also has professional event organisers amongst its congregation who are set to organise a variety of events such as The Spire Beer fest, the Spire at Night and Award Galas which will result in generating extra revenue.

Additionally, St. Walburge’s has launched its own online fundraising campaign, urging anyone who is interested in the spiritual life, history, ecclesial art, architecture or music of churches to join the ‘Friend’s’ group as well as launching local appeals and seeking any available local funding. 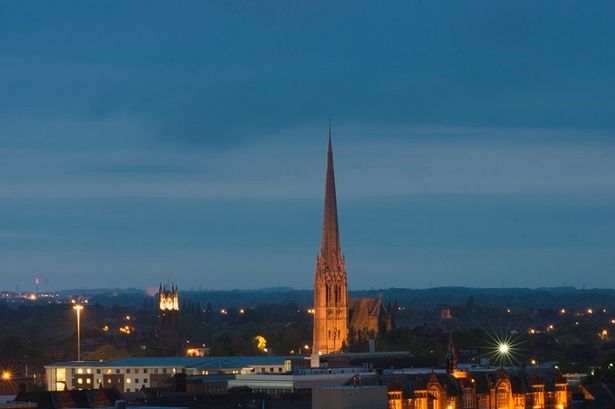