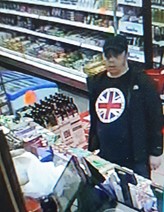 We are continuing to ask for the public’s help locating a man who went missing from home at the weekend.

Andrew Harris (pictured), 39, from Langho, was last seen in person at around 1pm on Saturday (June 6th) in the Langho area.

He was then seen shortly after 2pm on CCTV on New Hall Lane in Preston, and then a short while later on further footage taken closer to the city centre.

We are extremely concerned about his welfare as he needs to take medication which we do not believe he has in his possession.

It is possible Andrew has travelled elsewhere in Lancashire, or even out of the county, using either the rail network or taxis. He has links to Preston, Manchester, Chorley and Blackpool.

He is described as white, around 5ft 10ins tall, of medium build with a large stomach. He has short, brown hair, a dragon tattoo on both arms and significant scarring around his mouth. He was last seen wearing a black cap, black jacket, blue jeans, black trainers and a black t-shirt with a distinctive Union Jack image on the front. 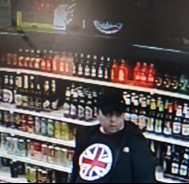 PC Becky Jones, of the East Division Missing from Home Team, said: “We are extremely worried about Andrew and we are asking anybody who has seen him or knows where he may be to get in touch with us as soon as possible.

“He is wearing a t-shirt with quite a distinctive design so perhaps you remember seeing him in the New Hall Lane area, or later on as he headed in the direction of the city centre.

“If you have any information at all, please let us know.

“Similarly we would urge Andrew himself, if he sees this appeal, to get in touch with us to let us know he is safe.”

Anybody with information is asked to get in touch on 101, quoting log number 678 of June 6th.