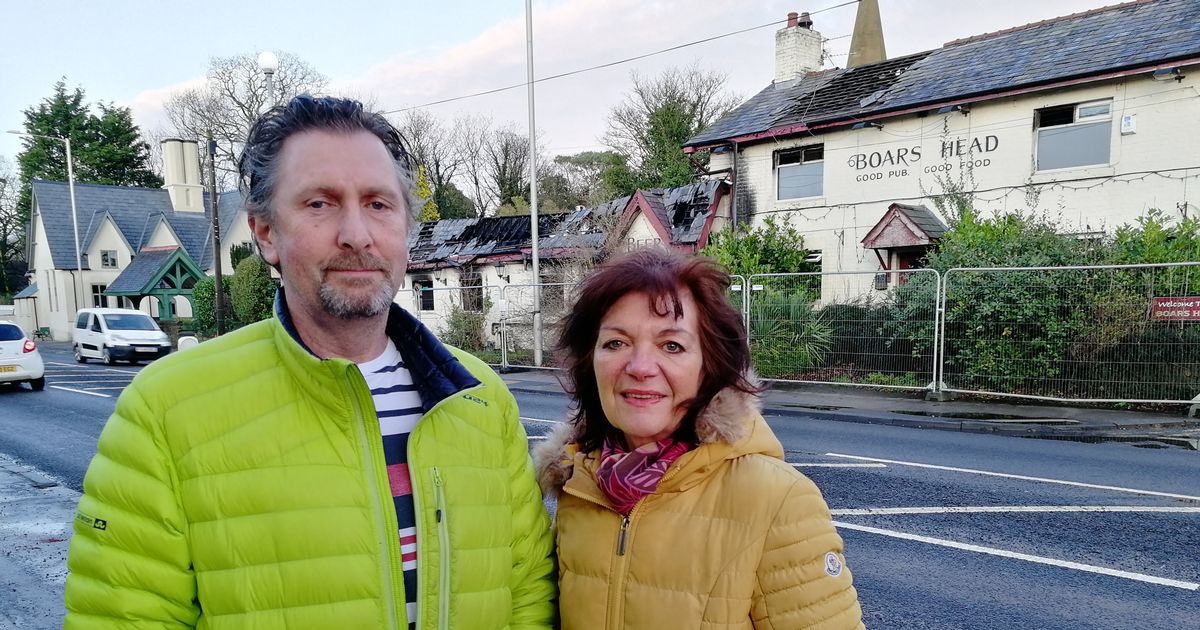 A four-year fight to save an historic pub on the outskirts of Preston is over after planners gave permission for it to be converted into flats – and for other housing to be built on its car park.

The Boar’s Head on Garstang Road closed back in 2016 and was badly damaged in an arson attack last summer.

The Barton Heritage Group [BHG] has been battling to take control of the pub and reopen it, not only as a hostelry, but a community hub providing amenities for the village.

The building – the original part of which dates back to the 17th century – was for a time listed as an asset of community value, a status which put a temporary block on development in order to give locals the opportunity to raise the funds needed to acquire it.

But a complicated history has now come to a head and Preston City Council’s planning committee has given the go-ahead for a dozen dwellings on the site.

Permission in principle has been granted for up eight houses on the car park at the rear of the pub and full permission for two semi-detached dwellings on land occupied by 19th and 20th century extensions to the main building, following their demolition.    The original part of the pub will be converted into two flats.

Rosemary McLean, who has been involved with the campaign to save the Boar’s Head from the outset, said she was “bitterly disappointed” by the decision – but proud of the fight that the community fought.

“It’s so short-sighted to build yet more houses on a site right in the centre of the village when what we need are facilities for existing residents.

“The way we have all come together over this shows the kind of community we have here, something which has also been proved by the situation with coronavirus.   I only wish we could have secured the Boar’s Head as somewhere we could all have met to continue that community spirit once the lockdown is over,” she added.

The virtual planning committee meeting heard competing claims about the viability of the pub prior to its closure almost four years ago.

Planning agent Matthew Wyatt said that the current owners of the site were themselves a pub operator and had concluded that the Boar’s Head had no future.

“There is a lot of emotion about its past use, but I hope the committee sees the proposals as a golden opportunity – the longer nothing happens, the greater chance the original building will be lost forever.

“I’m told that the bids made [by the Barton Heritage Group] were way under the market value – even less than the applicant paid for the site originally,” Mr. Wyatt said.

Mark Warren, from the BHG, said that the group had secured financial pledges, but would need another capital injection.   The BHG have previously said that they had made offers in the region of £400,000, but that owners Barton NWL Properties had demanded more than double that.

Paul Ainsworth, a national representative of the Campaign for Real Ale, told the committee that none of the country’s 146 community-run pubs had ever failed – and most were thriving.

“I have seen nothing to suggest that in the hands of management committed to maximising its success, this could not be a viable business.   It is a model which works and could work in Barton given the chance,” Mr. Ainsworth said.

Mr. Warren also claimed that Barton was bereft of basic amenities such as shops and health services.

Several committee members expressed their sympathy for residents who wanted to acquire the site, but most said that they could not find a valid planning reason to refuse the application.

However, the applicants were criticised for splitting the site into two separate proposals – the car park and the pub – and so being able to acquire “permission in principle” for the majority of the housing.

That planning route is capped for developments of no more than nine dwellings and its use for the larger part of the Boar’s Head application also meant that there was no requirement for affordable housing due to the total number of properties planned for that particular plot.    Such in-principle permission could not have been sought for the site as a whole.

Cllr Susan Whittam – who voted against the scheme – said she had “real concerns” about the method being used.

“I think the residents of Barton are being sadly let down by the way this is being done – not by anyone else other than the owner and the way it has been handled,” she said.

Fellow committee member Peter Moss agreed that the applicant was “using government guidance to their own advantage”.

A spokesperson for Barton NWL Properties said after the meeting:   “The principal objections in the community were to the pub being demolished, so we removed the impediment this implied with regard to the extensive car parking site. The building could [then] still be applied for leisure or community purposes.

“The legislation advantages us to proceed in this way so we [did] as we are entitled to do.

“At no time in the last two years at least has anybody approached Barton NWL Properties form the BHG with any plans or proposals with regard to the property.

“As indicated in the meeting there are many alternative leisure locations within 0.6 miles of the site.”

The applications were approved by 10 votes to one. 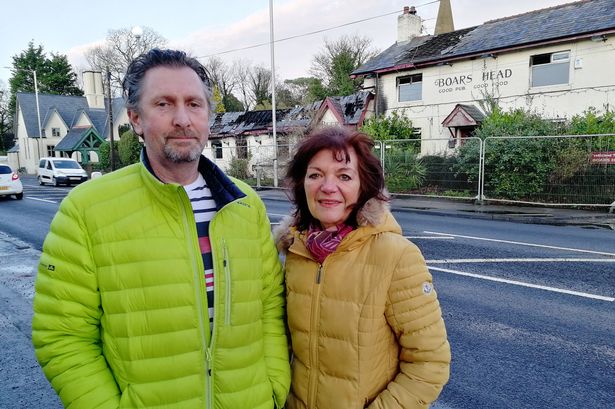