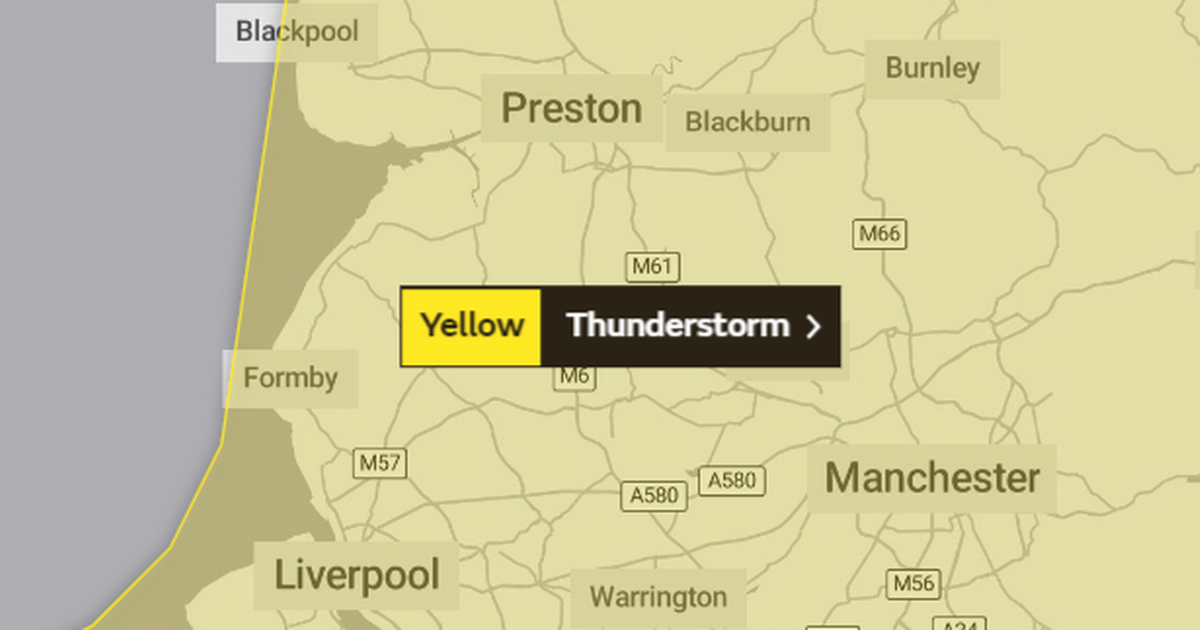 Lancashire is set to be hit by seven hours of thunderstorms and heavy showers today (June 13).

The Met Office has issued a yellow thunderstorm warning for much of the North West of England with up to 20mm of rain falling in just one hour in some places.

Forecasters warn the heavy downpours are ‘likely’ to cause power cuts and cause damage to buildings with lightening strikes ‘possible’.

Some homes and businesses could also be flooded and the bad weather is expected to disrupt car and bus journeys.

The yellow thunderstorm warning comes into effect at 12pm today and lasts until 7pm.

Areas including Preston, Blackpool, Lancaster, Blackburn, Burnley, Accrington and Rossendale are expected to be hit.

What the Met Office said

A Met Office spokesperson said: “Scattered heavy showers and thunderstorms are likely to develop on Saturday, initially over parts of north Wales and the southern part of northwest England around midday, and then later in the afternoon across Cumbria and the north Pennines.

“Most of these will not last long but could produce 20mm rain in less than an hour, leading to some localised flooding.

“Lightning strikes and hail will be additional hazards in places.

“The showers and thunderstorms will slowly die out from the south later this afternoon and through the early evening.” 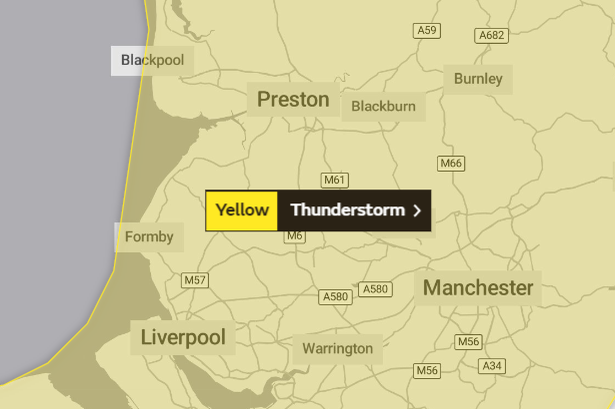 Work to start on £2.7m sports hub after coronavirus delays