Three teenage boys have been rescued from a bridge in Preston’s Avenham and Miller Park after getting stuck.

The incident, which happened before 8am this morning (June 16), saw the three teenagers climb on to the plinth of the Ivy Bridge in the Victorian-era park.

At least two crews from Preston fire station arrived on the scene, using a step ladder to rescue the boys.

Onlookers gathered on Ivy Bridge while the rescue operation took place, with at least a dozen members of the public taking a keen interest.

It is not currently known how the teenage boys got on to the bridge plinth.

LancsLive has contacted the Lancashire Fire and Rescue Service for further comment on the incident. 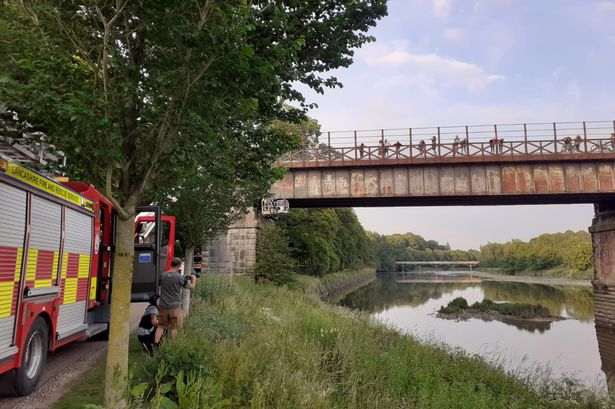