Supercars in Lancaster as Top Gear films across Lancashire

Three iconic supercars have been spotted in the Lancaster area ahead of Top Gear filming in the area today (June 16).

A silver Jaguar XJ220, red Lamborghini Diabolo, and red Ferrari F40 were seen parked in the city centre’s Holiday Inn car park on Monday ahead of filming across Lancashire and Yorkshire.

No official announcement of their arrival was made but videos of the super cars quickly flooded social media.

Lancashire Police even got in on the act, sharing pictures of the three classics to its Twitter followers.

“Cars being prepared for tomorrows filming.”

Whether filming has gone ahead is currently unknown, with Lancashire doused in another day of heavy rain.

The Lancaster area is also expecting lightning, with a a 50% chance of thunderstorms this afternoon from 5pm to 6pm.

The duo joined the show in 2018, taking over from former Friends actor Matt LeBlanc.

It is understood they are in the Ribblehead area of the Yorkshire Dales National Park today, with filming in and around the red and white rose counties to last until tomorrow. 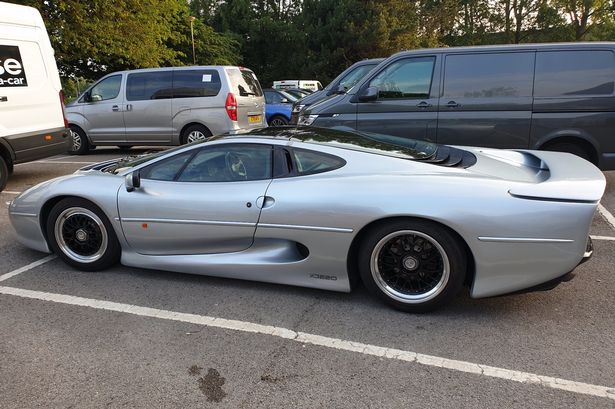 The 10 pubs facing closure as Lancs firm falls into administration