Windrush scandal ‘is still not over’ say activists

The leader of the Preston Windrush Group says the fight for justice is still not over.

The 72nd anniversary of the Windrush migration was celebrated at Preston today (June 22) with the official Windrush Generation flag being raised above the town hall.

Preston Windrush and Descendants leader, Glenda Andrew, 57, has thanked the council for the historic event but says there is still much to be done about the ongoing Windrush Scandal which has seen British citizens face unlawful deportation due to their heritage.

Glenda, whose parents came to the UK in the 1960s, told LancsLive that the fight for justice is far from over.

She said: “We are still looking for that acknowledgement that there is an ongoing scandal, that people in the Windrush Generation need help and support.

“Government need to show that they are going to do something, they talk but they are not acting, we need action.

“People need a space where they can go to check if their status has been changed, to check to see if they are owed compensation, we are entirely voluntary here in Preston and I work from home.

“We are also campaigning for the law to be changed, its the processes and laws, that were created through racism, that led to this and they need to be changed.”

After the Second World War, thousands of people from across the British Empire were granted UK citizenship in order to fill post-war labour shortages in Britain.

The ship HMT Empire Windrush transported a group of 802 migrants to London from Kingston, Jamaica in June 1948.

Later known as the Windrush Generation, these men and women started new lives in Britain, forming the basis of many Caribbean communities still present in the UK today.

Glenda said: “My parents married in Dominica in 1961, then my father came to the UK and my mother followed in 1962.

“They lived in Gilbert Street in Preston, a house that I grew up in, I can still remember it now.

“My mum worked at Dorman Smith on Shelley Road and my Dad was an engineer who started out of Fishwick.”

Glenda has lived in the UK all her life, spending most of her time in Preston, the city of her birth.

But the Windrush Scandal has threatened anyone who has West Indian heritage, no matter how long they have lived on these shores.

In 2018, reports surfaced of British Caribbeans being deported and told they did not have UK citizenship, after Theresa May’s hostile environment policies made it harder for immigrants to remain in the UK.

The policies were heavily criticised for being too general and leading to thousands of Windrush descendants being penalised because their parents had been unable to fill out certain forms on their arrival in Britain.

Dave Williams, 58, founder of Dominica and Friends in Preston, told LancsLive that the Windrush Scandal is far from over.

“We still have a lot of problems, we are still having to sort out paperwork to prove that some of us still belong here,” said Dave.

“This is still going on, people are still having problems being in this country, it’s being quietly laid to rest, but it is still happening.

“I’m trying to keep people aware and let them know that there is help out there. There is still a lot to do when it comes to Windrush.”

Citizens continue to receive letters from the Home Office telling them that they have no right to work in the UK, even though, like Glenda and Dave, they were born and raised here.

Dave says that the process is frightening to face and hard to reverse.

“I have a National Insurance number, a passport, a driving, license and birth certificate,” said Dave.

“Then it’s a matter of proving that you’ve lived your life in the UK, it’s not for them to prove you wrong, it’s for you to prove them wrong.”

Thankfully Dave was able to find forms signed by his Dominican parents in the 1960s that were able to prove his citizenship.

But there are still plenty of people that are struggling with their citizenship status in the UK.

“If one of us affected we are all affected,” said Dave.

“We need to work together. We don’t want to be fighting with the nation, it’s not white against black, it’s just black people wanting to be recognised.”

Today (June 22) at 10am, the official Windrush Generation flag was raised above Preston Town Hall.

Dave and Glenda were present at the ceremony, with Dave reciting the Windrush pledge as the flag was hoisted into the air, where it will remain for the next week.

The historic event is just another reminder of the issues we still face in Britain, regarding prejudice and race.

Dave and Glenda are both united on what people can do to help the Windrush Generation, and their descendants, both in and out of the black community.

“We’ve all got to learn ourselves, if I don’t learn you don’t learn, it works both ways.”

Dave added: “I want to get people educated, adults need to learn so they can tell their children. Everyone needs to understand.” 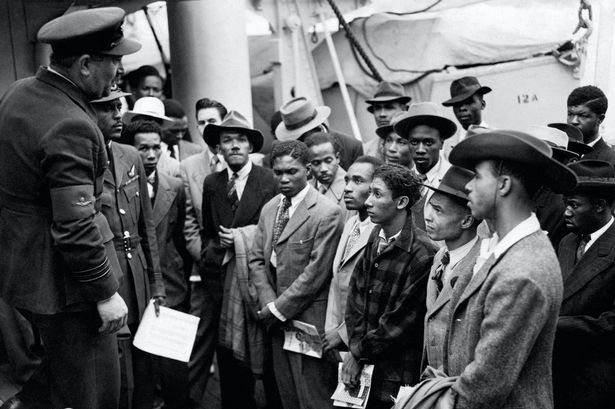 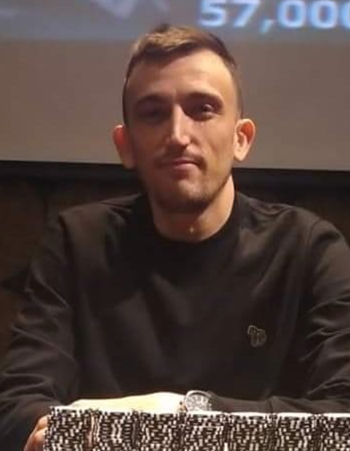