Tenants from a Preston property known by residents as a ‘drug den’ have been evicted following a closure by police.

The house on Emmanuel Street in Plungington was cleared out yesterday (June 24) by the landlord who left the tenants belongings on the street.

This is one of six properties that have been alerted to Preston Police by local residents who have claimed to have witnessed ongoing drug activiy.

This drug den is the second of its kind in Plungington to have been shut down by police, as previously reported by LancsLive.

Despite resident’s reassurance after police have begun to take much-needed action, there was disappointment by the ‘fly-tipping’ mess of tenants belongings that had been left out on the street by the property’s landlord.

Yesterday evening Plungington councillor Pav Akhtar posted a plea on twitter urging the council and police to remove the mess as a matter of public safety.

Alongside an image taken from outside the closed drug den, Cllr Akhtar said: “Landord of a well-known drug den on Emmanuel St has literally thrown all residents’ things out on street. It is a mess.

“We assume there are needles, sharps, etc. This is a big public safety risk.”

Early this morning (June 25) it was reported that the landlord had been to remove the tenant’s belongings from the street.

Cllr Akhtar said: “Stuff was thrown into the street yesterday. I eventually managed to get in touch with the landlord and he finally came round late last night to clear his mess up.

“The local drug addicts also riffled through the contents. It has now been cleared up.

“Preston council has come and cleaned up for health and safety reasons in case there was any sharps or needles etc.”

Speaking to LancsLive previously, both residents and Cllr Akhtar have outed their concerns at the many ‘drug dens’ around the area.

Pav Akhtar spoke to LancsLive over the issue, revealing how residents were forced to make warning signs before fixing them onto the door and window of a home they claim is being used as a drug den.

Last week he spoke out again, slamming police for not acting to shut down properties known to be harbouring illegal activity, however there is now evidence police have begun to take action.

An officer for Preston Police spoke out about what they are doing to tackle the ongoing drug den issues in Plungington in a live Q&A on Facebook.

He said: “In relation to the knocking on drug dens doors. As you are aware from our contact last week, we have been working in the area of Plungington over the last seven weeks gathering intelligence and working with residents to identify key addresses.

“We have recently started executing warrants based on this information and will continue to do so over the next few months.”

A statement from Preston City Council on the issue said: “It’s a very real situation that the residents of some areas of the city, in this instance Plungington, have to witness anti-social behaviour and substance misuse on their doorstep. We’re working alongside Lancashire Police on a multi-agency approach to look at a range of solutions to ease the burden of these issues for our residents including a higher Police visibility in the area which has emerged from this dialogue.

“We understand everyone wants to feel safe in your own home, and we want to reassure you that Council officers are dealing with this at the highest level. The need to work together and be coordinated is essential to get the best outcome for everyone.

“We’re grateful for the current increased Police presence in the area and the message this sends that we take this very seriously and want to do all we can.” 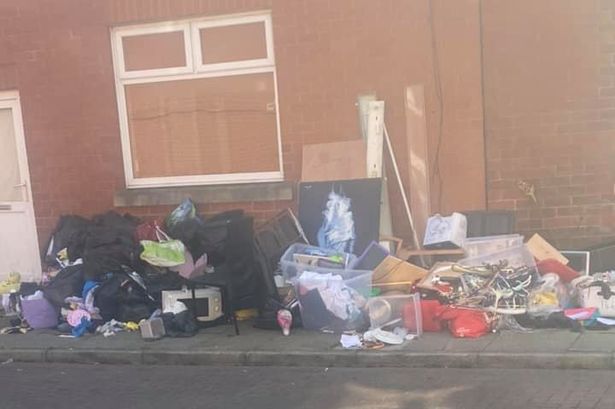 Coronavirus figures for every area in Lancashire on Thursday, June 25