Calls have been made to put stricter speed restrictions in place on a road near Preston that is considered dangerous and described as a ‘rat run’ by residents.

Chris Lomax, Councillor for Walton-Le-Dale East, has been working with residents of Duddle Lane in Bamber Bridge in an attempt to enforce speed calming measures following numerous accidents leading to serious injuries and fatalities.

Two residents of the street have collected 26 statements from fellow residents who have highlighted their longstanding concerns about the safety of pedestrians, road users and locals themselves.

Residents have requested that the council undergo a thorough assessment along Duddle Lane for permanent speed calming measures to be put in place, particularly speed bumps.

The road currently has a 20mph speed limit however this is allegedly disregarded by many drivers who travel down the road between 35 to 60mph.

In a public letter to Lancashire County Council, Cllr Lomax said: “You will see that many people of Duddle Lane have described specific first-hand accounts of incidents in which they have been involved in or that they have witnessed.

“These are due to speeding/careless driving and include collisions that have effected serious personal injury as well as damage to vehicles and property.

“There have been near fatalities (e.g. April 19th 2020) and reportedly two actual fatalities over several years.

“There may be few police reports, but the seriousness of many incidents is undeniable when you read these statements.

“This issue now needs looking at as a matter of urgency with reference to the Lancashire Road Safety Strategy and the need to protect vulnerable people.

“Drivers blatantly disregard the 20mph limit, many travelling at an estimated 35-60mph.

“We are asking for a thorough assessment of speed along all of Duddle Lane and we support the residents’ requests for permanent physical speed calming measures, in particular speed bumps, which appear to be the solution in a road that has become a ‘rat run’.”

In April this year LancsLive reported that a driver crashed their vehicle into another car and sent it into a house on Duddle Lane.

The car being driven by a 19-year-old male crashed into another car which then plummeted into a residential home.

Substantial damage was caused to the front of the property.

In May 2019 Connie Sharples died at the scene of a crash in Severn Drive, near the junction with Duddle Lane.

Mrs Sharples had been driving her Fiat Panda when her vehicle was involved in a collision with a white Volkswagen works van.

The driver of the Volkswagen, a 37-year-old man from Preston was arrested on suspicion of driving whilst over the prescribed drug limit and causing death by dangerous driving. 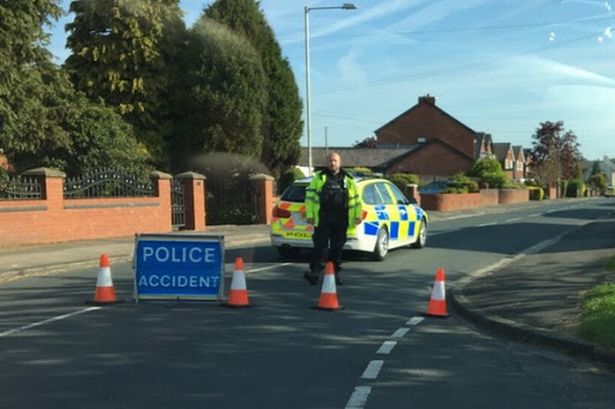