A church in Chorley has had its windows smashed and shattered during an attempted break in last week.

St. Laurence’s Church was targeted by vandals who had set out to gain access to the property on June 22.

A stained glass window, which forms part of the oldest area of the church building, was smashed in and has been left with missing pieces.

Owners of the 18th century building say it is now likely that the entire window will have to be replaced, which is estimated to cost around £3,000.

This is the third attempted break in where damage has been caused to the building in recent weeks.

The church has been closed during lockdown and is currently preparing to re-open.

Following the attempted break in, St. Laurence’s Church posted a statement on their Facebook page.

“It is so sad and disheartening to see the damage caused to the building by an attempted break in over the past 48 hours,” the statement read.

“We have now had the third lot of damage to church property between Saturday afternoon and this morning.

“The window forms part of the oldest area of our church building, just to the left of the Nave Altar.

“Although not a vast amount it impacts on the whole window which will most likely have to be replaced in its entirety.”

Rebecca Gaskell from Chorley has now set up a fundraiser to help raise money for the church to repair the damage to the window.

The 20-year-old has been going to the church since she was born and says it is a huge part of her family’s life.

“The break ins have been happening for many years but the latest attempted break ins happened only recently,” Rebecca said.

“They damaged the oldest area of the church building including the stained glass windows.

“The repairs are going to cost £3,000 but I am struggling to get donations.”

Police have been made aware of the break ins however there are no cameras outside the church to catch the vandals in action.

“The church is very important to me and my family. I’ve known the place my whole life,” Rebecca said.

“They have helped me and my family so much and I would love to be able to give back.

“I would like people to donate because its a lovely place with lots of history and its so important to plenty of local people.”

Lancashire Police have confirmed that the break ins have been reported.

You can donate to the fundraiser here. 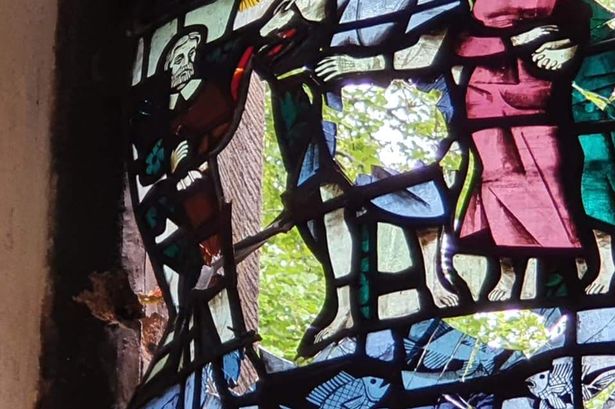 Coronavirus figures for every area in Lancashire on Tuesday, June 30