Two new apartment blocks have been earmarked for the city, with one taking over a former city centre sports hall vacant for more than a decade.

The sports hall, on the corner of Mount Street and Garden Street, would be flattened with a seven-storey apartment block built in its place.

Some 47 flats are expected to be created, with the majority being one bedroom properties.

“With the vast majority of the surrounding buildings being with red brick, our proposed scheme will provide residential accommodation that will be to a modern accessible and inclusive standard and provide good living conditions for future occupiers whilst also maintaining the area’s visual context.”

The scheme would be welcome under the council’s City Living strategy, which aims to increase the number of people living in Preston city centre to drive footfall and spend in Preston.

And despite 41 residents objecting to the scheme over issues such as loss of light and privacy and a lack of parking for new residents, Preston City Council planning officers have recommended it is approved.

The council is liaising with Northern Estates and it has been noted that the recommendation to approve the plans may change one its findings are published.

Around two miles outside of the city centre at Preston Docks, work is going on behind the scenes to construct a new eight-storey apartment block.

Situated off Maritime Way on what is currently a car park, the block of 40 flats would sit on the banks of the River Ribble.

Nine nearby residents have opposed the plans, with some saying it is out of character with the area due to its size.

But planning officers from Preston Council have recommended the development is rubber stamped with a number of conditions to address certain issues.

In notes, they say: “The site is vacant and has been for a number of years.

“It is considered its redevelopment would not lead to an unacceptable reduction in the type, quality or quantity of employment land supply.”

Both apartment blocks will appear before Preston City Council’s planning committee next Thursday (July 9) where councillors have been advised to approve the plans. 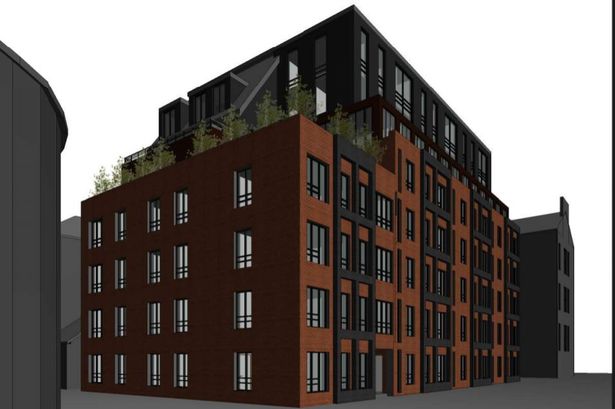 Coronavirus figures for every area in Lancashire on Wednesday, July 1