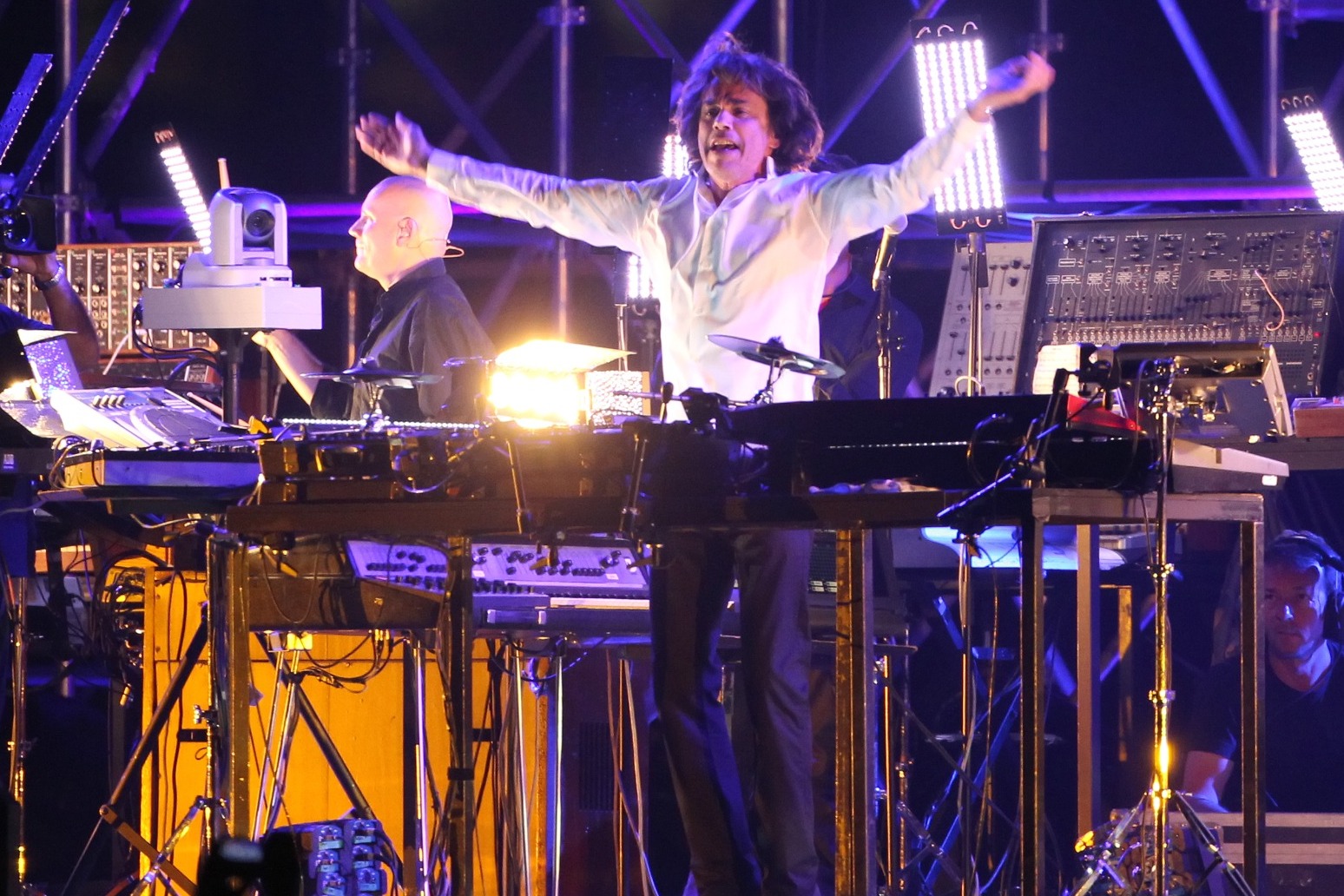 Ed Sheeran, The Rolling Stones and Sir Paul McCartney are among 1,500 music artists and acts calling for urgent Government action to prevent the end of the UK’s “world-leading” live music industry.

The open letter, addressed to Culture Secretary Oliver Dowden, says that with concerts and festivals unlikely to return until 2021 at the earliest, the industry is at imminent risk of suffering “mass insolvencies”.

Many of these artists were due to perform at festivals this summer, including Glastonbury, All Points East, Parklife and TRNSMT, with all events either called off or taken online.

In the joint letter, the artists say: “UK live music has been one of the UK’s biggest social, cultural, and economic successes of the past decade.

“But, with no end to social distancing in sight or financial support from government yet agreed, the future for concerts and festivals and the hundreds of thousands of people who work in them looks bleak.

“Until these businesses can operate again, which is likely to be 2021 at the earliest, government support will be crucial to prevent mass insolvencies and the end of this world-leading industry.”

Research carried out by Media Insight Consulting in June 2020 and published alongside the letter indicated that the industry supports 210,000 jobs across the country, while venues, concerts, festivals and production companies added £4.5 billion to the economy in 2019.

Following the publication of the letter on Thursday, artists, venues, festivals and production companies will post films and photos of their last live gigs or events using the hashtag #LetTheMusicPlay.

Fans are also encouraged to post about the last gig they attended in a show of support.

The letter calls on Mr Dowden to deliver a three-point strategy for the restarting of the live music sector.

It asks for a clear, conditional timeline for reopening venues without social distancing, a comprehensive business and employment support package, and VAT exemption on ticket sales.

Pop star Dua Lipa said: “It’s incredibly important for artists like myself to speak up and support the live music industry in the UK.

“From the very start, playing live concerts up and down the country has been a cornerstone for my own career.

“I am proud to have had the chance to play through all the levels … small clubs, then theatres and ballrooms and into arenas, and of course festivals in between each touring cycle.

“But the possibility for other emerging British artists to take the same path is in danger if the industry doesn’t receive much needed government support in the interim period before all the various venues, festivals and promoters are ready and able to operate independently again.”

Former Oasis frontman Gallagher said: “Amazing gigs don’t happen without an amazing team behind the stage, but they’ll all be out of jobs unless we can get back out there doing what we love.

“I can’t wait to get back to playing for the fans. But in the meantime we need to look after the live industry.

“There are so many great people in it and we all need to support them until we can get back to playing live.”

Ben Lovett, a founding member of Mumford & Sons and venue owner, said: “I’ve dedicated my life to music, on and off the stage. I was a teenager when I started running a monthly new music night called Communion with a couple of friends that has evolved into one of the UK’s most established concert promotions businesses, independent record labels and publishing companies.

“I was barely 20 when we were cutting some of the early Mumford & Sons demos in my parents’ attic and spending all of our spare energy in rehearsal rooms, and then cutting our teeth in venues throughout London.

“Now I’m a venue owner and operator of Omeara and Lafayette and watching our entire industry get decimated by this virus. Every day, literally, I hear of another friend in music losing their job, shutting up shop, switching careers.

“This pandemic has affected everyone, it has taken many lives and forever changed many more.

“Live entertainment has not been the headline, nor do I believe it should’ve been, at least until now.

“We really have to pay some attention to what our cultural landscape is going to look like on the other side of this and we’re hoping that #letthemusicplay will pull some of this into focus for a minute.”

Glastonbury organiser Emily Eavis said: “The UK’s venues, festivals, performers and crew bring so much to this country’s culture and economy, but they are now facing desperate financial challenges.

“If the Government doesn’t step up and support the British arts, we really could lose vital aspects of our culture forever.”

A Government spokeswoman said: “We are already providing unprecedented financial assistance which many music organisations and artists have taken advantage of such as loans and the job retention scheme and we continue to look at additional support we can provide the industry.

“We recognise that this pandemic has created major challenges for the sector and are working closely with them to develop comprehensive guidance for performances and events to return as soon as possible.”

Mr Dowden tweeted: “I understand the deep anxiety of those working in music and the desire to see fixed dates for reopening. I am pushing hard for these dates and to give you a clear roadmap back.

“These involve very difficult decisions about the future of social distancing, which we know has saved lives.”

Lord Grade, a member of the Government’s Cultural Renewal Taskforce, told Good Morning Britain: “People have to got to be a little bit patient. This is a huge problem but I can reassure Sir Paul and everybody else who signed that letter that the Government is on top of this. Everybody wants an instant answer, it ain’t that simple.

“The Government is well aware of the value of the creative industries to the UK economy. It’s the one growth area of the economy that kept on growing through the recession, so just be a little bit patient.”

Lancs landlords reveal their pubs’ big changes ahead of reopening

No clear source for coronavirus outbreak in Leicester 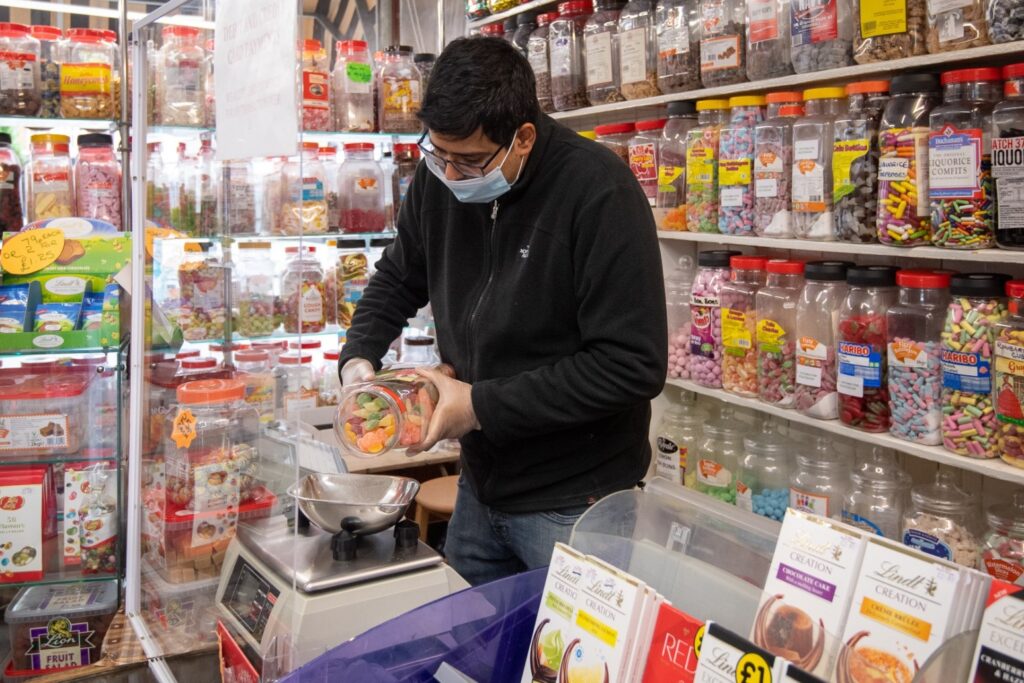