DETECTIVES are appealing for witnesses after a man was stabbed in Blackburn.

Harkan (6/4/91) also use the alias “Joey” and speaks with an Irish accent. He has links to Hyndburn as well as Blackburn and sometimes uses the names Lindsey Parker and Joey Harkin. He should not be approached. 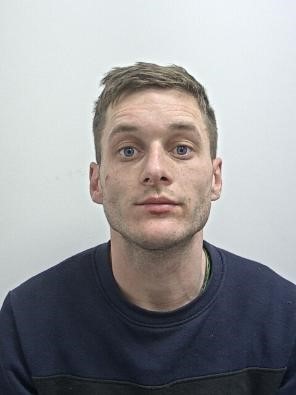 Police were called at shortly after 7:50pm last night (Wednesday, July 2nd) to the report that a man had been stabbed at an address on Lower Hollin Bank Street, Blackburn.

The victim, 35, suffered stab wounds to his head, neck and arm was taken to Royal Preston Hospital, where he remains in a serious but stable condition.

Det Insp Andy Horne, of East CID, said: “As part of our on-going enquiries we need to speak to Lyndsey Harkan and I would appeal to anyone who knows where he may be to get in touch. I would also urge Lyndsey himself to do the right thing and come and talk to us if he sees this appeal.

“The victim in this incident suffered some significant injuries but is thankfully now in a  stable condition in hospital.”

Anyone with information should contact police on 101 quoting log 1364 OF July 1st or independent charity Crimestoppers on 0800 555 111. For immediate sightings call 999.