Back in March, Prime Minister Boris Johnson made a decision that would temporarily change the British way of life.

On March 20, all bars, restaurants, pubs and clubs were ordered to close their doors indefinitely in a bid to slow the spread of the coronavirus as its grip tightened on the UK.

This marked the beginning of an almost four-month lockdown as Britain battles to get Covid-19 under control.

But now restrictions are being relaxed, allowing the shutters to come up and customers to be served once again.

However, not every business is ready to welcome people back and some need a little longer.

LancsLive has put together a list of those businesses in Lancashire known to be opening their doors on Saturday, and those who are not.

It is not an exhaustive list but covers the majority of bars, pubs and restaurants who have declared their opening dates. You can email us on lancslive@reachplc.com to add your business to the list – for free

A number of places have indicated that they wish to open but they are not yet ready to do so.

These include: Hogarths, PLAU, The Roper Hall, Plug and Taps, The Orchard craft beer bar, The Northern Way, The Golden Cross, Review, Winedown ,The Bears Paw

A number of restaurants have either indicated that there is no date set yet, or have said that they wish to open but not immediately.

Coco’s Soul Food and Manjaros are continuing with their takeout service.

Revolution, Waterloo Music Bar on Waterloo Road and The Last Resort on Bond Street have said that they will be reopening, but a date has not yet been set.

Pubs and eateries open in Lancashire

Several establishments have announced that they will be opening but dates are yet to be confirmed.

These include: The Drummers’ Arms on King William Street, The Blackburn Times which is owned by Amber Taverns. It is also unknown when The Sun will reopen, which is a Thwaites Brewery pub.

The Big Window on Manchester Road and The Talbot Inn on Church Street have indicated that they wish to reopen, but not yet. 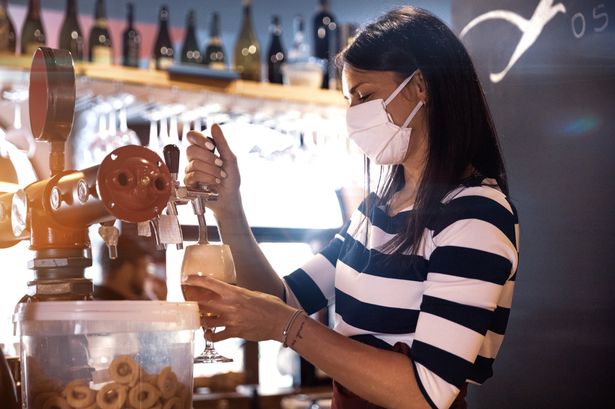 Bars, pubs and restaurants definitely open this weekend in Preston