The Lancs woman behind puppy import petition backed by celebs

A woman from Preston is behind a popular petition to ban the exploitative imports of young puppies from abroad for sale in the UK.

Lucy Parkinson, 27, launched the petition in June following the high profile case of Love Island stars Molly Mae Hague and Tommy Fury, whose Pomeranian puppy passed away days after it was imported from Russia.

A huge amount of young puppies are being imported from abroad and sold to UK owners for extensive amounts, after being separated from their mothers far too soon.

Puppies are not advised to be transported over until they are at least 15 weeks old, yet some are being sent over as young as five weeks old, which more often than not results in them becoming gravely ill.

Having reached more than 54,000 signatures, Lucy is currently awaiting a response from the Government. If her petition goes on to reach 100,000 signatures, it will then be considered for debate in Parliament.

Alongside TV vet Marc Abraham, dog-lover Lucy started the petition after seeing that Molly-Mae Hague and Tommy Fury’s new puppy Mr Chai had died just six days after being imported over from Russia.

She then decided something drastically needed to be done to stop young puppies like this being harmed from imports.

“I saw on Instagram that Molly-Mae and Tommy were getting a new puppy from Russia. I just thought why do they need to get a dog from Russia when there’s so many dogs here and ones that can be rescued,” Lucy said.

“I started digging and found this breeder who was importing these dogs from Russia. The next morning I woke up and it was all over the news that Mr Chai had passed away.

“I felt like I wanted and needed to tell people as I had this information about where it had come from so I started the government petition as it was something I was really passionate about.”

Molly-Mae and Tommy bought Mr Chai from a company based in Cheshire, Tiffany Puppies, whose owner Elena Katerova has faced severe criticism after admitting that the company flies puppies in from Russia.

“The petition is the only way we can put a stop to this as they’re still operating now,” Lucy said.

“Some of these puppies are being flown to their owners a lot younger than they’re supposed to be. We don’t even know the conditions where they’re being kept in Russia so we haven’t even seen that side of it.

“I’m pretty confident they’re being brought over on planes and then travel to their owner’s home in a van in cramped containers. Some of them are ill anyway so they don’t even make the journey.

“I’ve got a nine-month old Jack Russell and I couldn’t imagine what it would have been like putting my puppy through that journey. It must be awful.”

Despite the change in the UK puppy-farm law after Lucy’s Law, which came into effect in April this year, there continues to be severe problems with the puppy buying industry in the UK.

Scenarios like this are still completely legal but expose an immoral insight into how puppies are bred hundreds of miles away, where their new owners have not even seen their dog’s living conditions.

This appears to contradict the Government’s own advice to always physically ‘see puppies interacting with their mothers in their place of birth’ as with Lucy’s Law in England.

“The woman behind Tiffany Puppies just shows the new owners videos of their puppy but who’s to say she’s ever been to the breeders in Russia or if its just an online relationship with them,” Lucy said.

Since its launch on June 27, the petition has now reached more than 54,000 signatures and is currently awaiting a government response.

The petition has received vast online support from celebrities including Ricky Gervais and Katie Price as well as Love Island stars with huge social media followings including Olivia Attwood and Paige Turley.

“There’s so many dog lovers in the UK and I want everyone to support this so that we can hopefully make a change.” 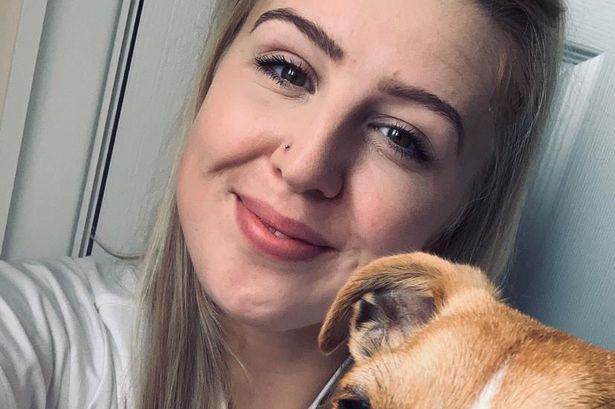