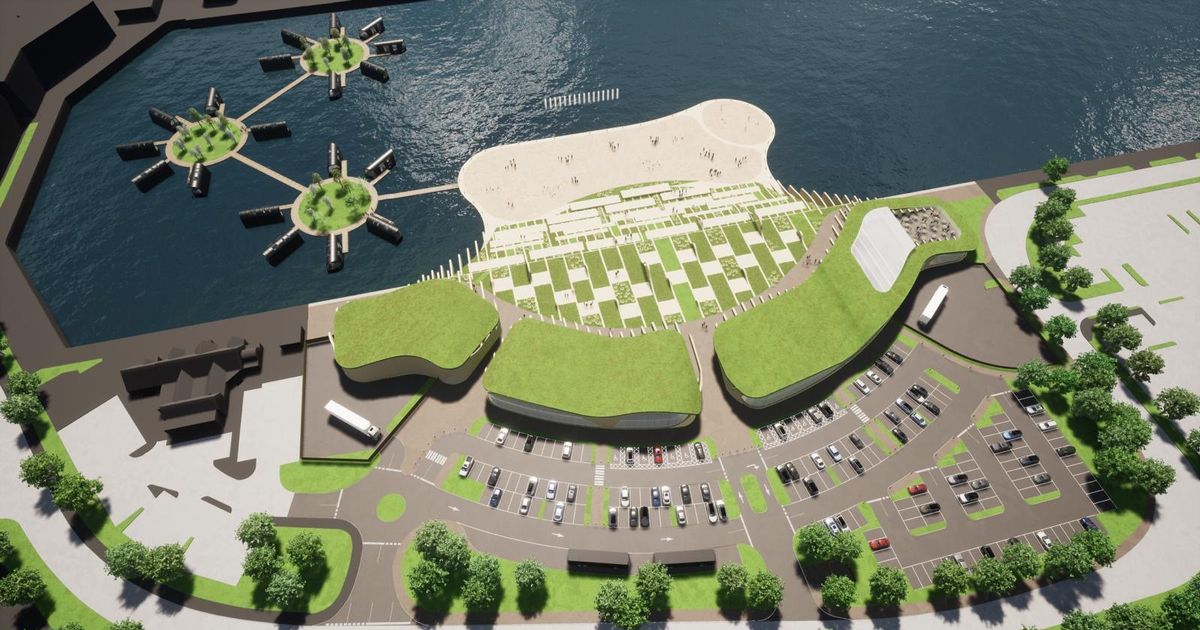 A state-of-the-art transformation of Preston Docks has been unveiled in the hope that it spurs on a re-imagining of one of the city’s most eye-catching attractions.

Preston architects Studio John Bridge is behind the speculative re-design of Preston’s dockland area, which it stresses is purely concept art at this stage.

In the eye-catching visuals, the company has championed an eco-design featuring what it describes as an ‘urban beach and floating hotel pods’.

It also makes reference to new technology that could use algae in the dock water and transform it into electricity for the project.

Company director John Bridge, an Ashton-on-Ribble resident himself, said: “It’s been done totally off our own backs. It’s a bit of a creative vision for Preston.

“We did a similar thing for the Old Tram Bridge last year with the idea of a ‘green living’ bridge. This is the next step on from a thing we are passionate about.”

The Old Tram Bridge at Avenham and Miller Parks was closed in 2019 due to structural concerns.

John, an architect who helped visualise what is now the new Preston Market, said: “The type of project we would like to grow with is things like this. It’s what we are about and what we want to do if we did have an imaginative client.

“There’s nowhere to go around there apart from a walk around the Docks, a trip to McDonald’s or the cinema. It’s been bothering me for years that buildings have been backing on to the waterfront. It’s a crying shame we don’t have something like this in Preston that champions our historic docklands.”

The re-imagining of Preston Docks would fit in next to the Ribble Pilot pub off Mariners Way, on land that is currently home to the likes of Pets at Home and Halfords.

John said he is “dreading” the thought of a discount supermarket coming to the dockland, with plans lodged for such a store at what is currently DFS, with DFS set to move into what was Mothercare.

Instead, he said: “We need more health and well being, more family orientated places to go. That’s why we’ve used our creative genes to push this out there. It’s a labour of love project.”

John continued: “It it can just start the discussions and inspire a developer or land owner then we’ll be happy. There’s no right or wrong answer to this. We wanted to do something positive and get it out there for everyone to see. And we’ve had lots of good feedback on it so far. More so than negative.

“You get some beautiful sunsets over the water. Something like this would blend in really well with the cinema and pub.

“If we can inspire and then hopefully others can take on ideas like this too. It’s good for the local economy full stop.”

John said the environmentally-friendly aspect of the project, much like in the Old Tram Bridge re-design, is “in the company’s blood”.

As for ambitious ideas such as re-purposing algae for electricity, John said: “There’s a lot of good to be made from waste and things like this would help develop those ideas.”

Studio John Bridge is headed up by John and Matthew Schofield, with three other staff part of the team.

Recently, the team has been working with the Harris Museum over a new modern interior design using National Lottery development funding.

Based at Artistry House overlooking Winckley Square, the company has been running for around six years. 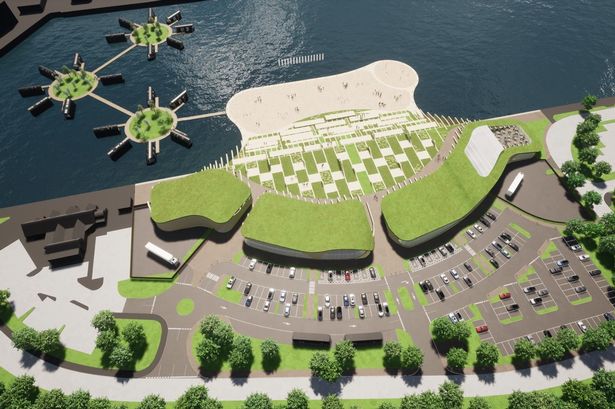