Preston woman reveals what life is like with multiple personality disorder

A woman living with multiple personality disorder has spoken about the stigma around the condition.

She says the stigma towards the mental illness is prevalent even amongst other mental health sufferers with many misnomers about what MPD is and how it manifests.

Rachel now runs Rise and Shine, a mental health support group, with Adam Graham, as she tries to raise awareness of what it is really like to live with MPD.

“The hardest thing to deal with in terms of MPD is the lack of understanding,” Rachel told LancsLive.

“There’s so much stigma and misunderstanding, I remember seeing websites that were supposed to support people with MPD and they were basically making us out to be manipulative and cruel.

“Some website told the partners of MPD sufferers to run and ‘never look back’ saying we are just horrific and need to be left alone.

Rachel was first diagnosed with depression and anxiety when she was just 12 years old.

But her diagnosis continued to change as she got older and she knew that her mental health issues went a lot deeper.

Rachel said: “My emotions were always a lot more intense then you would expect with someone with depression.

“Things that would irritate most people might make me really sad and possibly angry, there was something a little bit different with me.

“When I was older I got diagnosed with bipolar disorder.”

The stigma started almost immediately for Rachel. She says that people misunderstand the illness just from its name and the way it was portrayed in films and the media.

“People think the ‘borderline’ part of the name comes from the idea that people are literally between personalities,” said Rachel.

“It actually comes from the idea that people are between psychosis and neurosis.

“In England it is more often called unstable emotional personality disorder but that is a bit of a mouthful.”

To be diagnosed with MPD you must meet five out of nine behavioural traits.

Rachel said: “I was shown to have all nine of those.

“I have black and white thinking, its one thing or the other, it can be quite difficult to see any of the inbetween.

“I have quite intense mood swings, I can go through many in the space of a day, my temper used to be quite bad and my husband would bear the brunt of that.

In March 2019 Rachel and her friend Adam set up Rise and Shine which started as a healthy lifestyle club but rapidly changed into a mental health support group.

Before lockdown Rachel led weekly meetings in Preston, offering help and support to others living with mental illnesses.

She now runs four virtual meetings each week on Skype, taking place on Monday, Tuesday and twice on Thursday.

“We know what it feels like to have mental health problems, so we can relate,” said Rachel.

“We are here to help people overcome their problems but also to overcome stigma.”

If you are concerned about your mental health or someone else, please contact the Samaritans on 116 123. 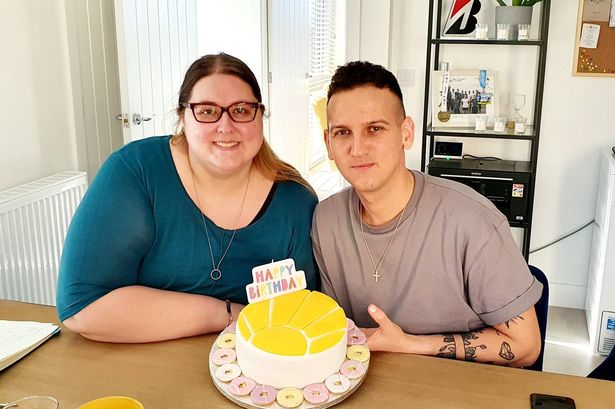