Luxury Preston housing estate would be ‘harmful’ to the area

Nine luxury homes in Broughton near Preston have been refused planning permission by Preston City Council, as planners believe the development would be ‘harmful’ to the character of the nearby countryside.

Developers applied to build the homes off Whittingham Lane in December 2019, which would have featured a unique combination of wood cladding and stone on the houses’ exterior walls.

However, the council has refused to allow the development, as they say it would introduce ‘an incongruous urban development into an open, rural setting’.

“This would be harmful to the intrinsic character and beauty of the open countryside contrary to Policy 17 of the Central Lancashire Core Strategy,” they said in the refusal notice.

“The site is located opposite the Grade II listed Slaters Farm House and Barn and as such would impact upon their setting. No information has been submitted to demonstrate that the proposal would not harm the setting of the heritage assets,” the document added.

Whittingham Parish Council had already voiced their opposition to the plans, suggesting that the size of the development would be inappropriate in such a location in the open countryside.

If they were approved, nine homes would have been built on the site, including five bedroom homes with attached double garages and three bedroom properties with single garages.

Nearby Goosnargh Parish Council also voiced their objections, stating that the design of the homes would be out of character with the area, and that the number of planning applications in the area ‘could lead to overcrowding’.

The applicant, Goosnargh Properties Ltd, now has six months to appeal the notice if they wish.

In their original application, the developers were optimistic that the homes would not negatively impact the appearance of the local area.

“The appearance of the dwellings is considered to be of the highest standard of design and would unquestionably represent a positive addition to the existing street scene,” they said.

“The proposed units will contribute toward the architectural diversity noted locally whilst not totally contrasting with existing built form,” they added in the planning documents. 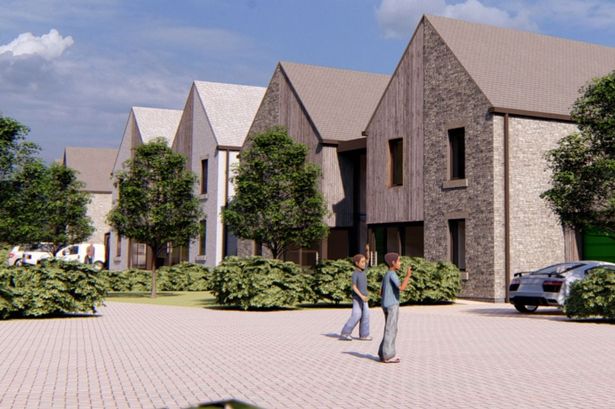