Preston is now in the top five areas of England where cumulative coronavirus infection rates are the highest.

New figures from Public Health England show the city has a lab-confirmed cases rate of 821.5 per 100,000 population up to July 15.

This is up from 814.4 compared to the previous seven days to July 8, reports the Mirror.

Blackburn with Darwen, which has introduced special new measures this week to avoid going into local lockdown, also makes the England top 10 with a rate of 742.6 up to July 15, compared to 735.1 the previous week.

The figures are based on tests that have been carried out both in laboratories (pillar one of the Government’s testing programme) and in the wider community (pillar two).

The figures should be treated with caution. Just because areas have seen an increase it does not mean infections are soaring, and it does not mean those in the top 10 have the highest number of existing cases.

Rates can rise for a number of reasons, including wider testing. The actual number of current cases in most, if not all, of these areas could be very small.

Locked-down Leicester tops the list in England with a lab-confirmed cases rate of 1,249.7 since the start of the outbreak.

It is followed by Ashford in Kent, Barrow-in-Furness, Bradford and then Preston.

Barrow-in-Furness has England’s third-highest cumulative rate (890.7). Its rate was unchanged from a week ago, according to Government data.

This list shows the cumulative lab-confirmed cases rate to July 15, followed by the equivalent figure for the previous seven days to July 8. The figures are from a spreadsheet published on the Government’s coronavirus website.

On Thursday, a table of the rolling seven-day rate of new cases of Covid-19 for every local authority in England was published. 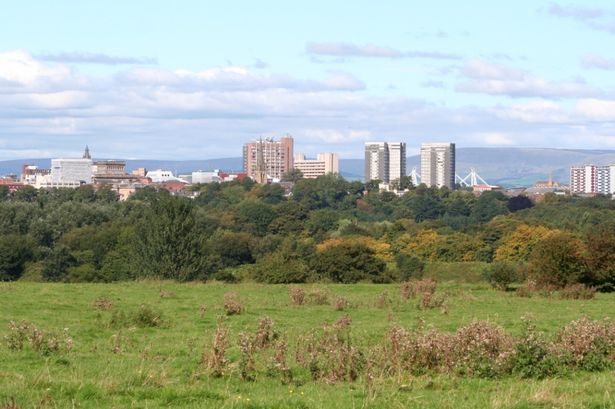