6am ‘boozers’ terrorise Spar staff and spit at shoppers in Plungington

Several police cars attended the scene in response to staff at the Spar who sounded their panic alarm after a group of ‘drinkers’ had allegedly been ‘terrorising’ shop workers and customers.

The group of six people had reportedly been ‘boozing’ outside the Spar shop since 6am and quickly became aggressive towards shopkeepers.

After eventually moving away from the Spar towards the local post office, individuals were then alleged to have spat at customers there.

An ambulance later arrived at the scene after a ‘drunk’ person had fallen over.

Preston Police confirmed that no arrests were made.

A spokesperson for Lancashire Constabulary said: “We were called around 1.05pm yesterday (Tuesday, July 21) to a report of an incident at Spar in Plungington Road, Preston.

“It was reported two women had been arguing in the store.”

“Officers attended and both women were given words of advice and warned about their behaviour.”

Following ongoing concerns for anti-social behaviour in the area, residents are now calling for more serious action to be taken.

Councillor Pav Akhtar, who represents Plungington at Preston City Council, was an eyewitness to the incident yesterday.

He said: “A panto was being played out in Plungington yesterday, except no one was enjoying the show.

“Six drinkers were boozing outside the Spar since 6am, terrorising shop workers and abusing customers, before moving to the post office where they spat at customers and snatched wallets. Preston Police need to stop them.

“All local shopkeepers were shouting at me pleading I do something. The Spar staff had to sound their panic alarm as abusive drinkers were running havoc in the store terrorising staff and swearing at kids.

“I could visibly see staff were feeling scared and stressed. It was horrible to watch. They then had to walk an elderly woman home because she was too scared to leave the store on her own.

“The ambulance came because a drunk person had knocked themselves over. They were paraletic.

“There were six police cars, an ambulance and eye witnesses there but no arrests. Why?”

Last month LancsLive spoke to Plungington residents about the terrifying incidents they have been subjected to over the last few months.

Residents recalled a number of issues involving drug abuse, prostitution, cuckooing (where drug dealers take over a vacated property) and anti-social behaviour that are ongoing in the area.

Despite police efforts last month to tackle the community’s drug problems with raids on two notorious drug dens, it appears that residents feel the anti-social behaviour has not been addressed.

Councillor Pav Akhtar has continuously expressed his frustrations at the ongoing problems and urged police to take action following serious concerns from local residents who fear for their safety.

“They are begging Preston Police to show compassion to the local community and deal with the anti-social behaviour.

“So many residents are telling me ‘I wish I could afford to leave here’. There’s a huge social and emotional toll that comes with it.” 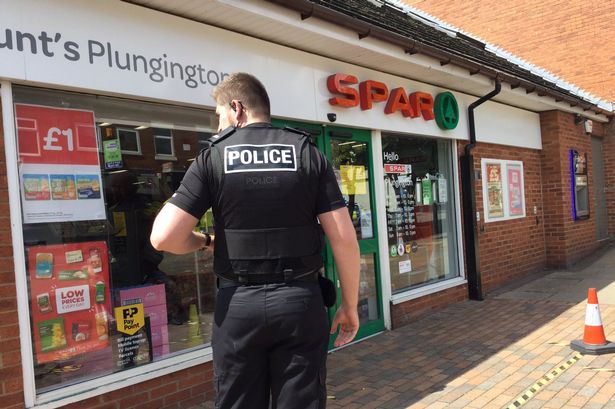 Area breakdown of all 34 newly confirmed coronavirus cases in Lancs