Nicola Sturgeon has welcomed the Prime Minister’s visit to Scotland, claiming his presence north of the border highlights one of the “key arguments” for independence.

Boris Johnson said ahead of his trip north that the coronavirus crisis has shown the “sheer might” of the UK, with almost 900,000 workers in Scotland benefiting from UK Government assistance.

But Ms Sturgeon countered that, tweeting that his presence showed how Scotland has “its future decided by politicians we didn’t vote for, taking us down a path we haven’t chosen”.

She said: “I welcome the PM to Scotland today. One of the key arguments for independence is the ability of Scotland to take our own decisions, rather than having our future decided by politicians we didn’t vote for, taking us down a path we haven’t chosen. His presence highlights that.”

Mr Johnson, who is in Scotland ahead of his one-year anniversary as Prime Minister on Friday, has no plans to meet with the Scottish First Minister.

Instead, Downing Street said that during his visit – his first to Scotland since the general election in December – the Prime Minister will meet with businesses hit by the pandemic, those working in green energy, and military personnel to thank them for their efforts in the response to coronavirus.

He has also pledged £50 million for Orkney, Shetland and the Western Isles to develop the economy of the islands as part of a growth deal – with the Scottish Government investing the same amount, taking the total amount of cash for the islands to £100 million.

Ahead of the visit, the Prime Minister said: “When I stood on the steps of Downing Street one year ago, I pledged to be a Prime Minister for every corner of the United Kingdom. Whether you are from East Kilbride or Dumfries, Motherwell or Paisley, I promised to level up across Britain and close the opportunity gap.

“The last six months have shown exactly why the historic and heartfelt bond that ties the four nations of our country together is so important and the sheer might of our Union has been proven once again.”

The Prime Minister’s visit comes after a surge in support for Scottish independence in recent months, according to polls, with two Panelbase surveys reporting 54% of respondents would like to see Scotland split from the UK.

The same polls predicted the SNP will win a majority of seats in the Scottish Parliament at next year’s election.

Then prime minister David Cameron agreed to stage the independence vote in 2014 after the SNP won a majority at Holyrood in the 2011 election, but Mr Johnson has repeatedly ruled out another referendum.

Ahead of Thursday’s visit, the Prime Minister praised the work of the armed forces in running mobile coronavirus testing centres in Scotland and providing air transfers support.

He added: “The UK Treasury stepped in to save the jobs of a third of Scotland’s entire workforce and kept the wolves at bay for tens of thousands of Scottish businesses.

“More than ever, this shows what we can achieve when we stand together, as one United Kingdom.”

Writing in The Times newspaper, he added that the coronavirus lockdown could have “spelled disaster for the country, an economic tsunami that washed away hundreds of thousands of Scottish jobs and saw countless businesses lost for ever below the waves”.

But he added: “It didn’t happen. Instead the Scotland I’m visiting today is a nation where a third of workers have had their jobs protected rather than being made redundant. Where shops, factories, pubs and more have still been there to return to as the lockdown eases. And where much needed wages were paid in communities across the country even as the doors of workplaces remained firmly bolted.”

Mr Johnson said that showed the “power of our Union”, stating this was “only going to get more important as the world sails nervously into economic waters made alarmingly choppy by this unprecedented pandemic”.

The PM continued: “That doesn’t mean we should dismiss the Union as simply a lifeboat to which our four nations can cling in times of peril.

“Because our true strength is revealed not by our ability to weather storms but in the way that, since 1707, we time and again have bounced back from adversity and moved forwards together. And we will recover together once again now”. 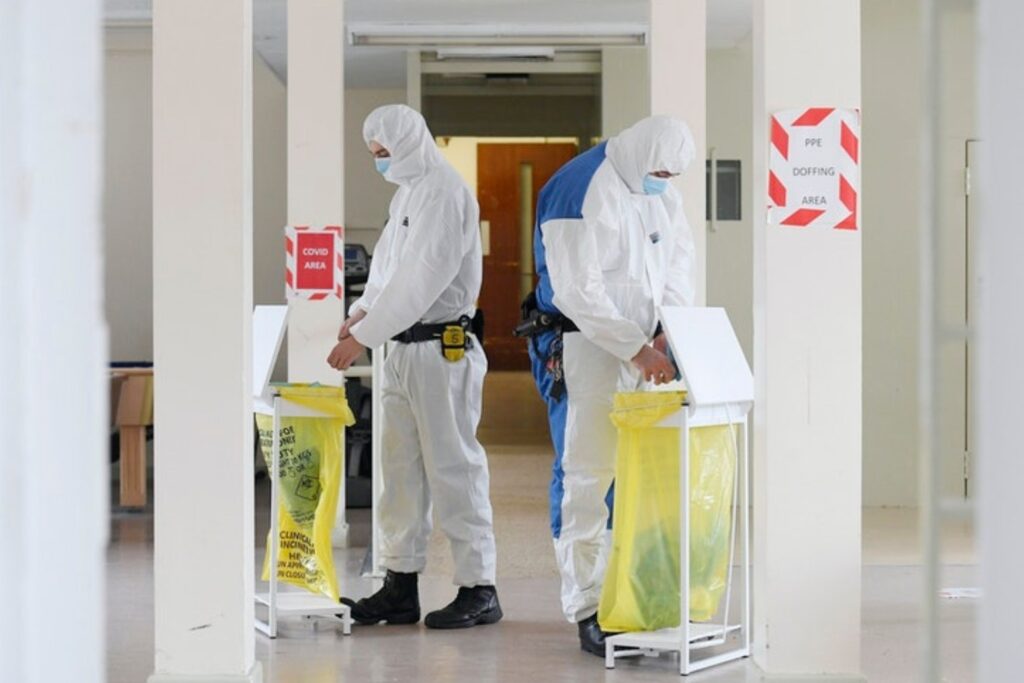