A Preston woman is appealing for information to help locate her biological father who was last seen more than 50 years ago.

Denise Thompson Morton, 56, is hoping to trace her dad Eddie Thompson, who would now be in his 80s, who lived in Preston until she was two to three years old.

Denise, who now lives in Croston, was completely unaware that Eddie was her biological father until she discovered the information later in her adult life.

She had always been led to believe that she shared the same father, Bob Morton, as her brother and sister – who she now knows are her half siblings.

By the time she discovered Eddie was her father he was nowhere to be seen or heard of in Preston.

Denise, who now goes by the name Dee, is now desperate to reunite with her long-lost dad and his relatives in the hopes that if he is still alive then she, her children and her grandchildren can form a relationship with them.

Eddie worked at Heysham Nuclear Power Station in the 60s and his last known address was on Coot Lane, Lostock Hall in Preston, where he lived with Denise’s mum Phyllis Morton.

“I grew up in Lostock Hall in a village called Tardy Gate on a council estate with my mum, brother, sister and Bob,” Dee explained.

“My neighbours always used to tell me that Bob wasn’t my real dad but I never believed them, I thought Bob was my dad.

“When I was 14 or 15 I was at school and my classmates were all chatting about middle names. I realised I didn’t know what mine was and I’d never thought about it before.

Eddie lived with Dee and her family for a short while when she was a toddler, but she cannot remember him.

“He was originally from Manor Park in London before he moved to Lancashire. He lived with my mum before I was born until I was around two or three. So from around 1962 to 1967 roughly,” Dee said.

“Eddie and Bob both lived with us, one worked nights and one worked days apparently they used to cross each other on the stairs.

“Bob sadly died when I was 18. My mum should have told me then that Bob wasn’t my biological dad, but she didn’t. Regardless he was an amazing dad to me and I think more of him now that he looked after me as his own.”

The secret then came out years later when Dee was working and bumped into the sister of an old friend.

“My mum always told me that my dad (Bob) had an affair with a woman called Mavis who lived down the road, who had a son named Carl. I was friends with him. I always thought we looked like twins to be honest,” Dee said.

“Carl was then adopted and one of his sisters came to work at the same place as me.

“I just happened to ask her how Carl was doing these days and she said ”not good, just like his dad Eddie Thompson’. I was gobsmacked.

“I hadn’t heard his name mentioned ever since I asked my mum about my middle name.

“I think, in fact I now know, it was Eddie who had the affair and his son Carl is my half brother.

“My mum officially confirmed Eddie was my biological dad about 15 years ago. Over the years I’ve tried to prise information out of her but it has been impossible as we’re not very close.

“I don’t really know a lot about him but I know that he often went drinking with his friends in the Pleasant Retreat Public House in Tardy Gate, which is where the only image I have of him was taken.”

Dee is now hoping somebody will come forward with some information about her biological dad.

“If I could trace any relatives for me, my three daughters and seven grandsons it would be amazing,” she said.

“I’ve never known any of my true relatives and I don’t want my children and grandchildren growing up with no family.

“My mum’s mum died when she was 27 and we don’t know her family either. The only relatives I knew when I was growing up were from Bob’s side.

“I feel this is so important to my daughters, grandkids and future generations, not only so that they have family but for things like medical history which could save lives.

“Even the tiniest bit of information could be significant in finding him if he is still alive.”

Anyone with any further information should contact Dee on 07743456443. 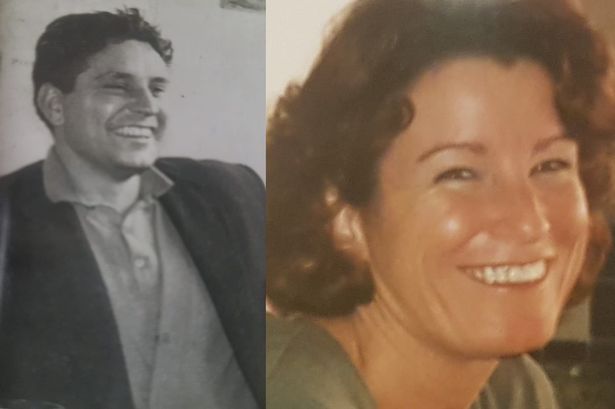