A man who killed his father after stabbing and striking him multiple times in the home they shared in Nelson has been given an indefinite hospital order combined with a life sentence. 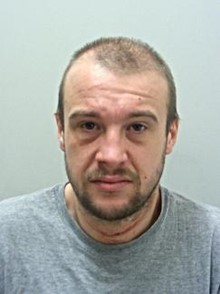 Judge Simon Medland QC ruled that if defendant Joe Walker (pictured top right) was ever ruled well enough for release from the hospital setting then he would then have to start a life prison sentence because of the danger he poses to the public. Walker would then have to serve a minimum of 12 years of that life sentence before he is eligible to go before the Parole Board.

Police were called around 3.25pm on May 22, last year, to a report a man had been found unresponsive within a property in Fir Street, Nelson.

Officers attended and sadly found 65-year-old Thomas Walker deceased in the living room. It was clear he had been subjected to a violent attack and that he had been dead for some time.

There was also a strong smell of bleach in the property and there had been attempts to clean up the scene. Defendant Joe Walker, who had earlier called a family member and told them his dad was dead, was arrested at the scene on suspicion of murder.

Investigators discovered that in the weeks before the fatal attack Joe Walker had become obsessed with coronavirus and what he was reading about it on social media.

Thomas Walker had previously said this led them to argue and resulted in Joe Walker assaulting him and at one stage threatening him with a knife.

A few days before the fatal attack Thomas Walker (pictured bottom right) had sought advice on how to deal with his son’s deteriorating behaviour. He had also told colleagues at work that he was concerned about Joe. 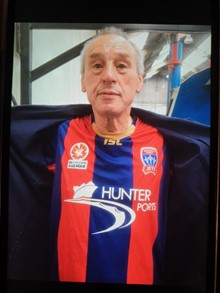 A Home Office pathologist concluded that Thomas Walker died as a consequence of a ‘sustained and forceful multi-mode assault’. This included a number of stab injuries and severe head injuries.

Following Consultation with the Crown Prosecution Service, Joe Walker, 33, of Firth Street, Nelson, was charged with his father’s murder. Earlier this year, Joe Walker pleaded guilty to diminished responsibility manslaughter when he appeared before a Judge at Preston Crown Court.

Describing Joe Walker as dangerous, Judge Medland said at the time of the incident the defendant had been using cocaine and cannabis even though he knew the adverse effect they had on his mental health, he had tried to arrange the scene by placing a knife in his father’s hand and he had made clear attempts to clean the crime scene.

DCI Lee Wilson, of the Force Major Investigation Team, said: “This is a truly tragic case which has seen a man lose his life and a family torn apart. My thoughts continue to remain with them and I thank them for their determined support and fortitude throughout the proceedings.

“Joe Walker is clearly not a well man and I hope he now gets the treatment he so clearly needs. However, I am pleased that the public have been afforded the protection of a life sentence if he is ever deemed well enough to be released from the hospital setting.

“I would like to praise the professionalism of my colleagues who were initially met with a devastating scene and then for compiling the evidence that allowed the experts to come to their conclusions. As ever, I would also like to thank colleagues at the CPS for their support with this case.”

Relief as Chorley crossing goes up 12 years after homes built

Hoghton £950k family home that comes with its own kennels, cattery and equestrian business