Thug beat up his girlfriend, 17, bruising her from head to toe

A former soldier attacked his 17-year-old girlfriend leaving her with a broken tooth and bruises from head to toe.

Police warned violent thug Steven Purkhardt, 37, to stay away from the vulnerable teenager the same day he attacked her, Preston Crown Court heard.

Mr Malone, prosecuting, said the youngster was subject to safeguarding procedures and on March 1, 2021, officers served Purkhardt with a Domestic Violence Prevention Order.

READ MORE: Jealous thug threatened to kill girlfriend as she held their baby

The same day the couple argued and the youngster told Purkhardt, of Bridge Road, Preston, she did not want to be with him anymore, Mr Malone, prosecuting, told the court.

He also bit her finger, Mr Malone told the court.

The youngster managed to leave the property but when she returned a short time later, Purkhardt attacked her again. He punched her to her face causing her to lose part of a tooth, and hit her in the breast and stomach area.

An acquaintance heard the youngster screaming and called the police. When officers arrived, Purkhardt was hiding under a bed and claimed the girl had fallen, resulting in her injuries.

Recorder Jon Close, sentencing, said: “This was a cowardly and ludicrous explanation because when she was taken to hospital she was found to have bruises from head to toe. She was 17.”

The girl was taken to a friend’s address, who raised concerns to a social worker about the nature of the youngster’s injuries.

When police interviewed her the girl said Purkhard had attacked her on March 1 and on another occasion four or five months earlier – when he pinned her down and grabbed her throat.

She said on that occasion, the defendant had gone to buy drugs after a night out and set upon her when he returned home. Purkhardt was arrested and made no comment to questions from the police. He initially denied charges of common assault and assault occasioning actual bodily harm but changed his plea on the day he was due to stand trial.

As part of his bail conditions he was ordered to stay away from the victim but he was remanded in custody after breaching the order and has remained in custody until his sentence at Preston Crown Court on Thursday (January 13).

Rachel Woods, defending, said he has now served the equivalent of an 18 month sentence on remand which has given him time to address his issues with alcohol – which underpin his offending. She said drink turned Purkhardt “from a law abiding, pleasant man to someone who is clearly aggressive and violent in particular towards women with whom he is in a close relationship”.

In prison, Purkhardt was said to have transformed his life and accepts the relationship with the teenager is over. Upon release he plans to return to the Manchester area to spend time with his two children, Ms Woods said.

Recorder Close, sentencing, said: “The victim was 17. She was your girlfriend and she was a vulnerable young girl. You were prohibited from being in contact with her as a result of police intervention and bail. The doctor said she had bruises from head to toe. She was 17. When she gave her account to the police she indicated this was not the first time you had assaulted her.

“You are 37 years old with six convictions for 11 offences and worryingly, they all involve alcohol or previous incidents of domestic abuse. The pre-sentence report describes your victim as vulnerable to manipulation and abuse.”

He said domestic abuse is regarded as particularly serious within the criminal justice system as it frequently escalates.

“Domestic abusers all too frequently kill their victims, as matter progress”, he said.

However Recorder Close said Purkhadt had served the equivalent of an 18 month prison sentence and concluded a community order would enable further work with him when he is released.

He said: “I make it clear, it is not you who I have in mind when passing this sentence – it is the next woman who has the misfortune to come across your path.”

He ordered the defendant to do 30 days rehabilitation including a Building Better Relationships course within the next 12 months and made a five year restraining order to keep him away from his victim. 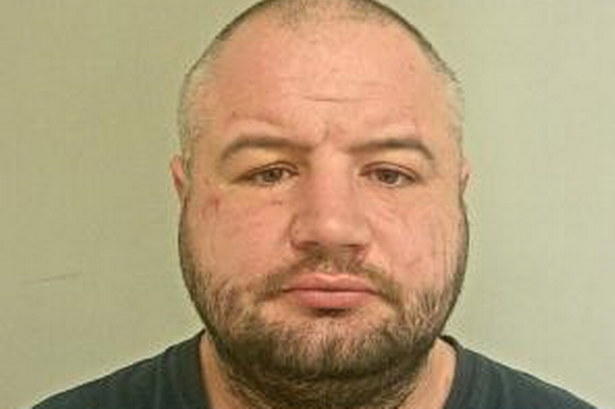 Driver caught at 97mph in village plagued by speeding