A vulnerable woman from Preston has been the victim of a “horrendous” act of theft while she had a seizure in the middle of the road.

Lucy O’Connor has spent seven years living with Post Traumatic Stress Disorder (PTSD) following the death of her friend aged 15. Now 22, Lucy’s godmother, Sue Crompton, 49, says had finally got to a point where she could live back at home with her family -and turn her life around.

Sue says her goddaughter’s wellbeing had improved so much that she had the confidence to go on a solo trip to a local supermarket. But while walking down a side street, Lucy had a seizure that left her in a vulnerable state in middle of the footpath.

READ MORE: Sister’s warning after fit and healthy brother dies within a year of devastating diagnosis

Instead of being helped, the 22-year-old’s phone and cash were stolen – and incident which has left her “not wanting to get out of her bedroom again”.

“She’s just in a really really bad place. She had moved back home with the rest of the family, and she was doing really, really well, which is why she was happy to attempt a visit to the supermarket on her own and then this happened,” Sue said.

“Sometimes she suffers temporary paralysis and maybe in her hands or whatever. It’s taken them a long time to get to the point where she felt comfortable enough to go and do something on our own and then obviously, this is a setback, she doesn’t want to come out of her room.

“Over the last seven years, she spent a hell of a lot of time away from the family and stuff so she was back home – she was happy. She felt that she was in the right place to do that on her own so that was just like a massive, massive step for her. She’s gone back probably 18 months, she is in a really, really bad place at the moment.”

Sue says after what has happened, Lucy feels as thought “she can’t trust people anymore”. The incident has deeply impacted the progress she has made – so to help prove that there are good people who want to help, Sue has set up a GoFundMe page to replace the phone and the money stolen.

“She sees the bad now in everything and I think we’ve just got to work to just start to get her thinking positively again and that’s the that’s the only way we’re going to get back to any normality how long that would take is anybody’s guess,” she added: “The people who did this, are just lowlifes I mean, I can’t even comprehend how somebody could walk past somebody that was having a seizure on the floor.

“I don’t understand the mindset it’s just vile that they would go through a pocket or take the phone if it was in their hand or whatever. I just think they’re a vile human being and have just got no morals at all- it’s just horrendous that they think that that’s okay.

“Thankfully a lady did see Lucy and did call an ambulance but the type of seizures that she had, it could have been fatal, she could have started vomiting in while she was having the seizure, and then choke on the vomit. My aim with the fundraising page was to help to raise money to replace the phone and the money that she had with her that she had stolen.

“I want to prove to her really that you know, there are nice people out there. There are people who do genuinely care because she hears voices, which tells her to do things but obviously that’s quite negative so I just want to give it that little bit of positivity.

“It’s just, it’s just really, really hard and because it’s been so long as well you know, we’re all sort of thinking, there’s nothing we can do really. It’s it is a bit of a lost cause but we do want to try and prove to Lucy that people do care.”

You can donate money on Sue’s GoFundMe page set up for Lucy here.

A spokesperson for Lancashire Constabulary said: “We were called around 9.05pm on July 22 after a theft in Woodale Road, Clayton le Woods.

“It was reported a woman in her 20s had earlier had her phone and money stolen between 3pm and 3.30pm after having a seizure. An investigation is underway and enquiries are ongoing. 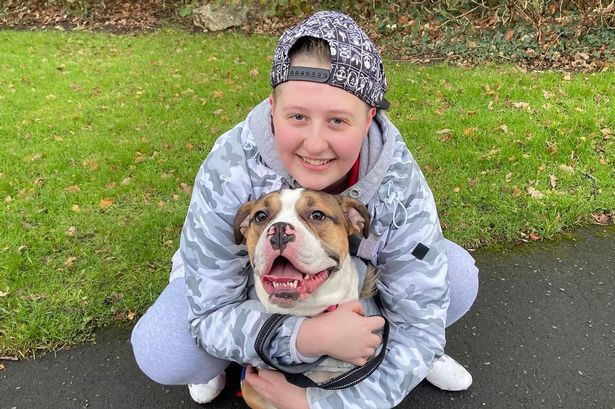