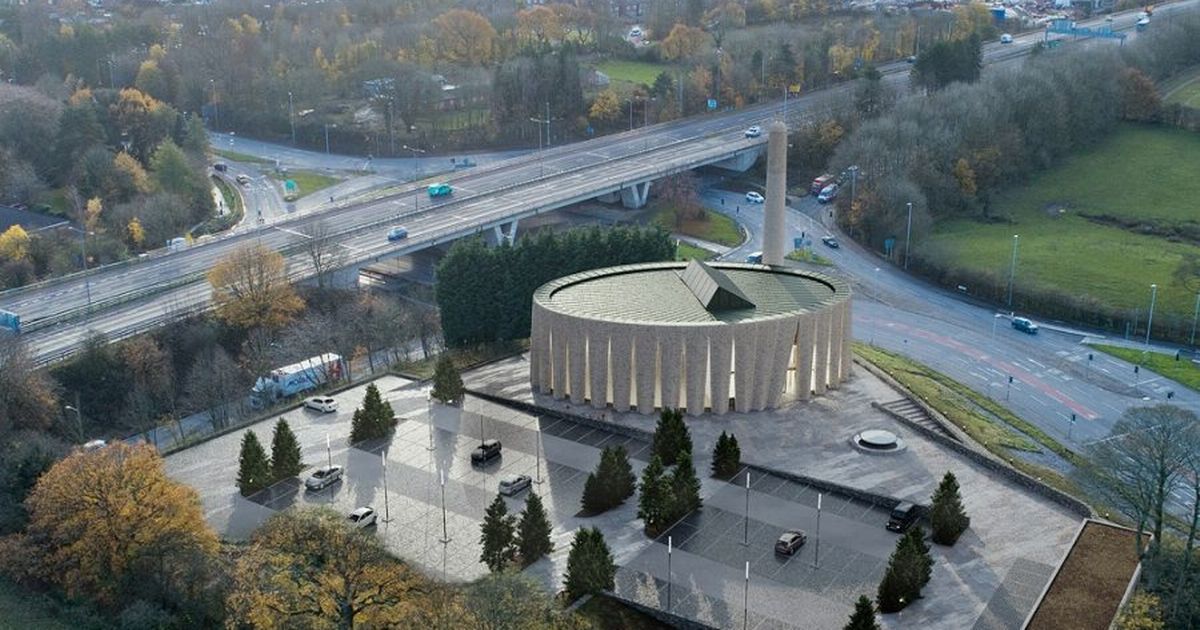 Supporters and opponents of a proposed new mosque in a Preston village each claimed that planning policy was on their side during the first day of a public inquiry into the controversial scheme.

There were also allegations of fearmongering and double standards – as well as disputes over the need for the planned place of worship, which, if it gets the go-ahead, will be built on land alongside the Broughton roundabout. More than two dozen people spoke to make the case for and against the Brick Veil Mosque as the inquiry began at Preston Town Hall on Tuesday (August 1).

Preston City Council’s planning committee granted permission for the distinctive building – the design of which was born out of a worldwide competition staged by the Royal Institute of British Architects – back in February. However, the government will now get the final say over whether the structure ever springs up – at the junction of the A6, M55 and M6 – after a city councillor and Wyre and Preston North MP Ben Wallace asked for the application to be ‘called in’ by ministers.

Representing Mr. Wallace at the inquiry, his senior parliamentary assistant, Alf Clempson, said that the MP believed that planning matters “should always be about following the rules”.

“The designation of the land in question as open countryside is intended to protect the open nature of the site by preventing any sort of development – this is important to Mr. Wallace’s constituents in Broughton. Mr .Wallace is calling for the policies set out in the local plan to be upheld and argues that the application conflicts with these local planning policies and should be refused on this basis,” Mr. Clempson added.

However, the barrister representing the city council said that while the blueprint was at odds with some aspects of both Preston and Central Lancashire’s planning strategies, it was a perfect fit with others – including the need to provide “community facilities”. Piers Riley-Smith also said that the countryside designation of the plot masked the “reality” of the fact it was “dominated by and defined by the surrounding local and strategic road network”.

He added: “It is bounded by infrastructure on three sides and it is perceived as an elevated area of vacant grassland of no particular quality. The scheme is exactly the type of high-quality, outstandingly designed and socially inclusive development that Preston wants at this prestigious gateway to the city.”

Representing the applicant, Cassidy + Ashton, barrister Christiaan Zwart said that the mosque would be “supported in the public interest by the Secreaty of State’s national policy for places of worship in our multi-faith nation”. However, Peter Black, acting as an advocate for Broughton Parish Council – which has opposed the mosque throughout the planning process – pointed out that the proposed place of worship fell foul of Broughton’s own neighbourhood plan, as well as city and sub-regional policies.

“The parish council simply asks that the application should be determined in line with these development plans – otherwise what is the point of a plan-led system?” Mr. Black asked. But Zuber Isap, a born-and-bred Prestonian, said that it was “baffling” to suggest that the mosque would affect the residents of Broughton village – and told the inquiry that it seemed like a “political exercise”.

Mr. Isap – one of those who registered to make a representation on the opening day of the inquiry – accused the parish authority of resorting to “fearmongering among their own residents…by claiming that there will be a drastic increase in the levels of noise and traffic due to the presence of a mosque”.

“For the peace of mind of the community, let it be known that the prayer times do not usually clash with peak traffic times. Broughton Parish Council also keep bringing up the point that this development is not a community facility, or of any financial benefit to the wider community of Broughton. But then why would it need to be? It is not being publicly funded or using council money. Why is it so difficult for Broughton Parish Council to understand that this is a private development?” Mr. Isap asked.

Vali Patel, a first generation Muslim, also said he felt as though “politics” were at play over the call in of the application, telling the inquiry that the city council was “quite competent enough” to make its own decision. However, Fulwood resident Mike Booth said that the mosque – which would stand at 12 metres tall, with a 30-metre high minaret – would act as “a beacon announcing that our policies mean nothing and our communities are for sale to the highest bidder”.

“There is only one reason that this site is being considered over other more suitable locations – [and that is because] the developer has already hastily bought the land. I find it amazing that a developer can be so brazen in flaunting their assumed control over local government and policies. This is a developer confident that their money speaks louder than all Broughton residents’ votes and voices combined – so confident that they knew they could buy a £600,000 plot of heavily-restricted land, certain that the rules applied by – and for – the local community won’t be applied to them,” said Mr. Booth, who added that he recognised the need for a mosque in North Preston, but not in Broughton.

Meanwhile, Broughton resident Scott Sergeant, who has lived in the village for five years, said that while he was not opposed to building a place of worship in the local area, it would be “unconscionable” to do anything that would “attract a significant volume of additional vehicles” – especially when traffic queues often extended all the way to neighbouring Barton. Peter Black said that the parish council’s evidence suggested that D’Urton Lane – which would be the access point to the mosque – would become a “chaos of cars, pedestrians, cyclists and fly-parking” if the development went ahead.

However, village resident Tina Murtza said that she had not heard anyone “complaining “ about the current use of D’Urton Lane as a school pick-up and drop-off point – nor as a spot where car sharers leave their vehicles to commute to work with others.

City resident Kalid Ibrahim added that it was a “fundamental” tenet of the Islamic faith to show consideration for neighbours – something which he said had been recently shown elsewhere in Preston by a mosque which had made unprompted “significant” changes to its Friday prayers regime because of the impact that it had been observed as having on those living nearby.

The inquiry is being heard by planning inspector Darren Hendley and is scheduled to run until next Wednesday. He will then write a report making recommendation to the Secretary of State for Levelling Up, Housing and Communities, who will make the final decision over whether to uphold the city council’s granting of permission for the mosque or to overturn it.

Broughton Parish Council chair Pat Hastings told the public inquiry that there was a need for a mosque “in North Preston, not in Broughton”. Under cross-examination, she declined to be drawn much further on the issue, but stressed that the authority had never been approached by anyone to say that a place of worship of any denomination was needed in the village.

Cllr Hastings earlier told the parish council’s own advocate that the prospect had not been raised during the consultation surrounding the Broughton neighbourhood plan between 2016 and 2018, nor during a subsequent survey two years later about a parish action plan.

“[The] parish council spent a lot of time and energy consulting in an inclusive and open way to identify what was important to the local community and what future needs would be,” she said.

Cllr Hastings added that the applicant had “not consulted with, or reflected[ed], the wishes of the local community” – but insisted that the authority, which objects to the current plans, would have helped develop a mosque if it had been approached “right at the beginning”. She also said that the parish had sought involvement in the competition to come up with a design for the mosque, but had not received a reply from its organisers, the Royal Institute of British Architects.

The applicant produced a map as part of its planning application, identifying around 300 households which it was claimed were expected to attend the mosque – almost all of which lay just to the south of the M55. However, at the inquiry, Broughton resident Sumaiya Moreea accused the parish council of using “selective data to give the impression that there are fewer Musim families in Broughton than there actually are”.

She said that the authority had overlooked more up-to-date information from the electoral role which it could have used instead of census data originating from back in 2011. However, Cllr Hastings defended the reliance on the stats from a decade ago, telling the inquiry that the relevant religious breakdown of Broughton residents, gathered from the 2021 census, would not be available until October.

She added: “We were not going to just take names from the electoral register and assume that because the names were from Eastern Asia that they [were] Muslim, Christian, Hindu, whatever – that was not correct . We have no statistical data we can base it on – all we have is anecdotal, as does yourself. We can’t physically walk round the village and ask [people if they are] Muslim, that would not be correct [either].”

“Obviously, we have more in common than divides us,” Mr. Black said.

‘What a mosque would mean to me’

Tina Murtza, who described herself as a “new Muslim” resident in Broughton, told the inquiry that she wanted “to live in a community that embraces people from all different backgrounds”.

“I have two small children and it’s important for me that they are welcomed into an area and are important valued members of a community. Broughton really appealed to me for that reason. A mosque is more than just a place to pray, it’s more than a place of worship – it offers so much more to communities. They offer support groups, they offer classes, [and a] place for people to go, like myself, who are new Muslims,” Ms. Murtza said.

She added that she did not know “what position I’d be in” if it were not for the support network she had formed at the next-nearest mosque in Preston which had female facilities. 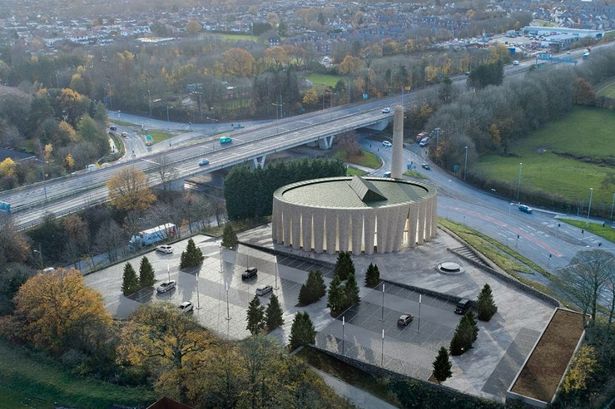 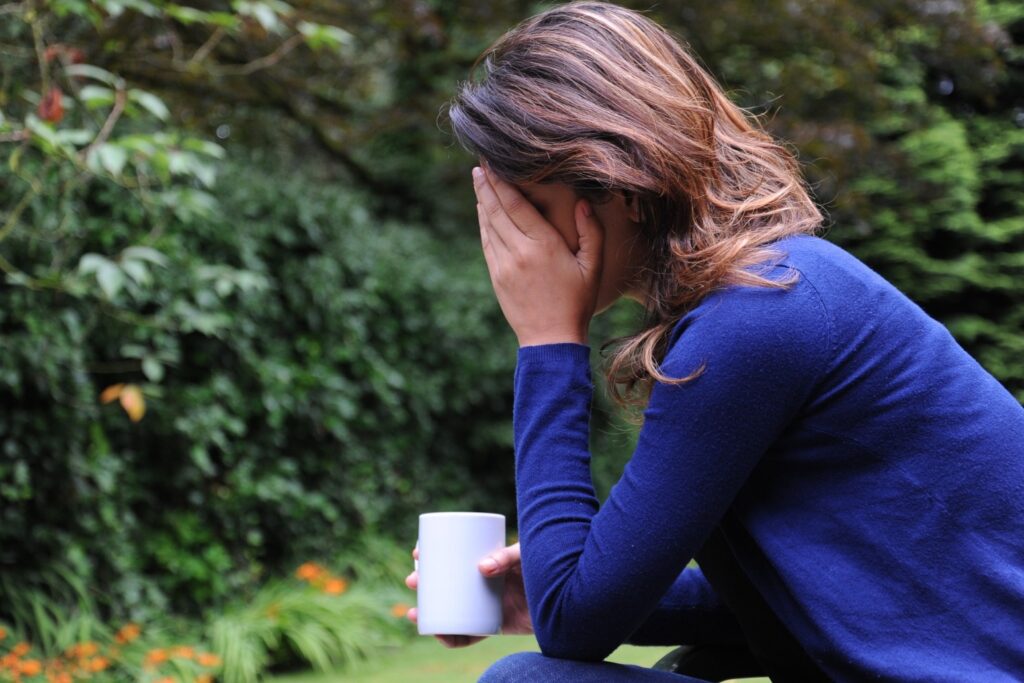